Fight of The Year: The Rumble in Bombay House 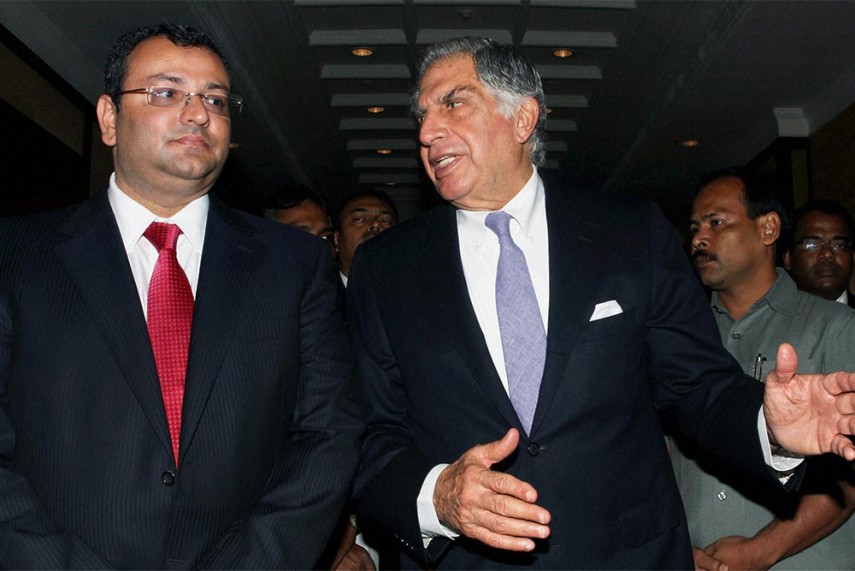 India Inc is no stranger to high-decibel corporate boardroom battles, but this year everyone on the ring side was taken by surprise when Ratan Tata and Cyrus Mistry listed up for a top-draw fight, unannounced.

The suddenness of the development was far from the build-up to the fight between Muhammad Ali and George Foreman on October 30, 1974. However, what happened on October 24, 2016, at Bombay House when Mistry was sacked as Chairman of Tata Sons and the subsequent public slugfest definitely matched the intensity of 'The Rumble in the Jungle', blow for blow.

The Tata versus Mistry saga mirrored the bout in Zaire between Ali and Foreman -- a former unbeaten heavyweight champion taking on an undefeated young reigning title holder to assert authority.

At 79, Tata, who had retired as Chairman of Tata Sons in December 2012, has been there and done that -- having seen off group satraps such as Russi Mody of Tata Steel, Darbari Seth at Tata Chemicals, Ajit Kerkar at Indian Hotels, and A H Tobaccowala at Voltas when he was much younger in the 1990s.

On the other hand, his successor Mistry, at 48, was dubbed to be preparing for a long innings at the helm of the India's largest conglomerate till the sucker punch arrived.

As much as it was personal and an ego tussle, the duel between the two, however, was not merely about who was the best to lead the USD 103 billion salt-to-software conglomerate.

To outsiders, the words of the protagonists made it look like a clash between the old guard and the new; of carrying on with tradition versus the need to keep pace with time and of long-term growth against fixing pressing immediate problems.

"Cyrus Mistry was replaced as the Chairman of Tata Sons after four years in that role on October 24, 2016, because the board of Tata Sons lost confidence in him and his ability to lead the Tata Group in future," Tata explained to shareholders of group firms.

He also stated that board felt that Mistry's removal was "absolutely necessary" for the future success of the group.

With the two sides trading charges and allegations on a daily basis in what was turning out to be India's biggest boardroom feud, Tata lamented that "there has been a definite move to damage my personal reputation and the reputation of this great group - the Tata Group".

On the other hand, Mistry, who termed his sacking as an "illegal coup", was not going to be pushed over easily, alleging that his ouster was aimed to cut short his "attempt to bring about reform" at the Tata group.

Indicating how much the fight was becoming a personal battle, Mistry said: "I have treated Ratan Tata with the respect and dignity that he can command. Indeed, a retired chairman can always feel that his "legacy" is under threat.

Mistry's argument mostly revolved around corporate governance and transparency, to the extent of alleging Rs 22 crore fraudulent transactions involving non-existent entities in India and Singapore in Tatas' joint venture with Air Asia. He also repeatedly questioned the role of Tata Trusts in the running of Tata Sons, the promoter company of major operating firms of the conglomerate. Even as allegations flew thick and fast from both sides, Mistry's removal was followed by a show of strength by the Tatas. He was sacked as chairman of TCS and Tata Steel.

Not to be easily rolled over, Mistry while choosing not to face EGMs of shareholders, resigned from these companies as Director, but hit back by filing petition against Ratan Tata, Tata Sons and some of its directors at the National Company Law Tribunal, alleging oppression and mismanagement of minority interest.

The petition filed by two of his family-owned investment firms prayed the tribunal to "supersede the existing board of directors" of Tata Sons and appoint an administrator to look after its day-to-day affairs.

It also sought appointment of a retired Supreme Court judge as the non-executive chairman and restrain interim Chairman Tata from attending board meetings and interfering in the affairs, among many other allegations.

Adding a different angle to the Tata-Mistry fight was Nusli Wadia, who was an independent director in three listed Tata entities -- Tata Steel, Tata Motors and Tata Chemicals.

Purportedly a long-time friend of Tata, Wadia brought in the friend-turned-foe narrative to the piece as he put the gloves on for yet another bout at the age of 72.

Accused by Tata Sons of acting in concert with Mistry and galvanising independent directors and mobilising opinion, forcing disruptions and issuing statement which were contrary to the interests of the group companies in which he was a director, the head of the Mumbai-based Wadia group hit back with a criminal defamation suit.

Having taken on no less than Dhirubhai Ambani during the 1980s in the Bombay Dyeing versus Reliance Industries fight, Wadia showed his pedigree and did not resign, unlike Mistry, before the EGMs of the three Tata firms called to remove him as independent director.

While the outcomes of shareholders' voting were almost a foregone conclusion, Wadia in his criminal defamation suit against Tata Sons, its interim Chairman Tata and some directors alleged "defamatory and offending" content in a special resolution moved to seek his removal from three Tata group firms.

The inevitable question that the fight raised was how the fight has harmed a respected and revered brand Tata?

"By and large, the fight hasn't affected the Tata brand as a whole. It is the political brand of Tata that has been shaken with personalities taking sides. However, the consumer brand of Tata remains intact while the employee brand of the group is around 99 per cent unaffected," said brand expert Harish Bijoor.

Stating that "such type of corporate boardroom battle can go on for years", Bijoor said, "whatever happens, the consumer brand of Tata will not be affected unless there is a major omission and commission in the products it sells."

Corporate boardroom battles can indeed be long, as proved by the nearly two decades of fight between Vijay Mallya and Manu Chhabria for control over liquor major Shaw Wallace and Co.

They can also be fierce, to say the least, as witnessed in the fight between the country's richest man Mukesh Ambani and his brother Anil Ambani after the demise of their father till they smoked the peacepipe through an agreement brokered by their mother Kokilaben.

Although Ali knocked out Foreman in the eighth round of their heavyweight title bout in Kinshasa 42 years ago, in the case of Tata versus Mistry, the fight is far from over.