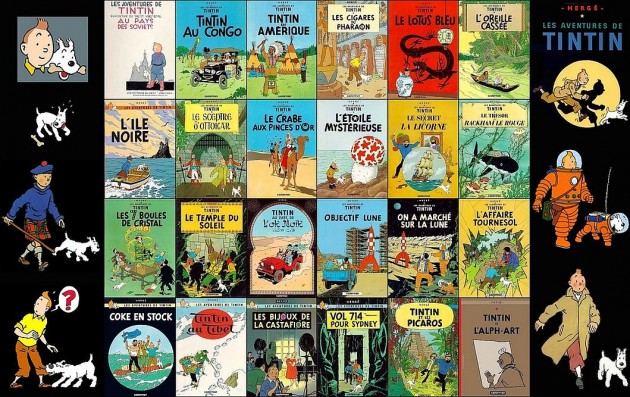 At a time when television didn't exist, the international expeditions undertaken by the reporter-sleuth with the distinguishing quiff opened young people's eyes to countries, cultures, landscapes and natural phenomena which were still relatively unheard of.

From the sands of the Sahara to the glaciers of the Himalayas, from the Amazon rainforests to the Scottish highlands, the pictures of Tintin's exploits overflow with details revealing a world full of wonder, danger and excitement - a passionate introduction to Planet Earth.

Yesterday, his 1930 debut adventure and the only one in black and white – "The Adventures of Tintin In the Land of the Soviets" – was republished for the first time in colour.

Among Tintin's friends, Snowy comes first – the faithful companion with a generous spirit. Secondly, Tchang appears in the family circle and becomes a lifelong friend of Tintin and almost a brother. Thirdly, Captain Haddock whose debut was to come a good 10 years later is ready to sacrifice his own life for Tintin. Not forgetting all the others, Castafiore, Calculus, Thomson and Thompson who form Tintin's family circle.

Since 1929, nearly 250 million Tintin copies have been sold. The Tintin adventures have been translated in more than 70 languages and adapted for films. Reprinted and published in ever greater numbers, the books are a source of inspiration for artists, writers, producers, and directors.

Tintin has indisputably earned his place among the great figures in world literature. In 1999, following a survey by Le Monde, readers of this newspaper ranked The Blue Lotus 18th among books that left their mark on the 20th century.