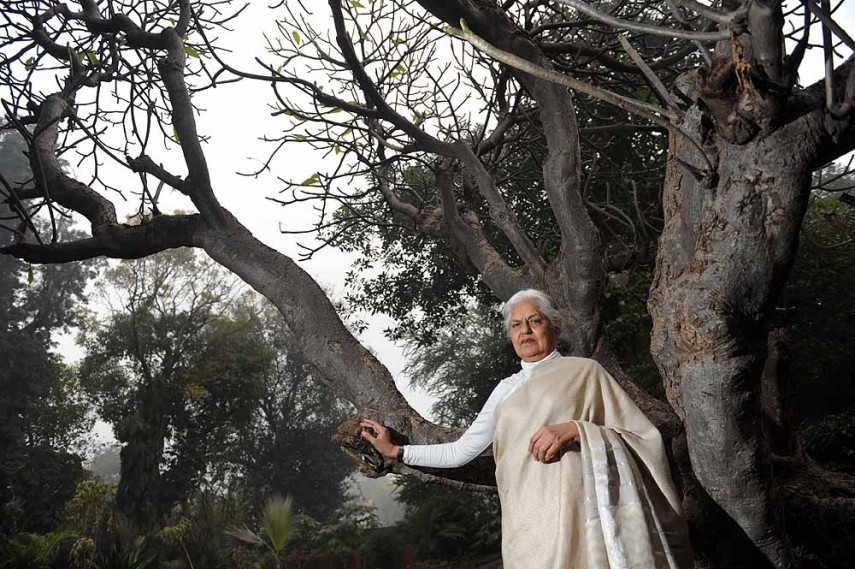 Licence of NGO run by noted lawyer Indira Jaising--'Lawyers' Collective'--was today suspended by the Modi government for six months for alleged violation of FCRA by using the funds for rallies, dharna with political "hue and colour", a charge denied by the association which termed it as an act of "vindictiveness".

The Home Ministry, while suspending the licence under Foreign Contribution Regulation Act (FCRA), asked the NGO to submit its reply within 30 days for violation of various provisions of the Act after which its registration may even be cancelled.

Denying all the charges in a statement, the NGO condemned the government action and said it was only to "victimise the organization" and its office bearers Indira Jaising and Anand Grover.

"This is nothing but a gross misuse of the FCRA Act which is being used to suppress any form of dissent. It is far too well known that both Grover and Jaising have represented several persons in their professional capacity as lawyers in several cases against the government and the functionaries including the President of the BJP party Amit Shah protesting his discharge in the Sorabudin murder case.

"The Lawyers Collective intends to challenge the order as unconstitutional and required to be set aside," it said and termed it as "a malafide act and an act of vindictiveness on the part of the Government"

"No money was spent on rallies or dharnas having any political hue or colour. FCRA, 2010 was not applicable for expenses incurred in 2009, while in 2011 and 2014, it was spent from domestic/United Nations funding, which is exempt from FCRA," it said.

In the notice sent by Union Home Ministry, it said the 'Lawyers' Collective' has allegedly received foreign funds between 2006-07 and 2013-14 and it alleged discrepancies were found in the filing of annual returns of the NGO where Jaising, who had served as the Additional Solicitor General in UPA government, was functioning as Secretary.

The 5-page notice alleged that Jaising while functioning as Additional Solicitor General from July 2009 to May 5, 2014 received renumeration of Rs 96.60 lakh, which is admitted by the Association in its reply dated March 30, 2016 by stating that the remuneration of Rs 81.41 lakh was paid by the NGO, persuant to the permission of the Central government for 59 months (July 2009-May 2014).

The Home Ministry said, "it is really surprising how a senior law officer, such as an ASG can simultaneously and for such a long period be on the rolls of a private entity, being paid (out of foreign contribution) for undisclosed purposes in gross violation of rules applicable to law officers of Union of India".

This is not only violation of provisions of FCRA, but also raises several other pertinent questions, the notice said.

The Ministry while rejecting the reply of the NGO said that the records made available by it were examined in detail and "it was found that the same were not satisfactory" and it did not provide adequate explanation vis-a-vis the violations found and pointed out".

The notice sent to the NGO said that during the course of adjudication whereby defence, explanations, documents were submitted by the NGO, "we have arrived at a prima facie conclusion" that the Association was in violation of various provisions of FCRA.

The NGO said the action was being done because of the cases that Lawyers Collective ('LC') and its Trustees, Ms. Indira Jaising and Mr. Anand Grover, are involved in, including but are not limited to Sanjiv Bhatt, Yakub Memon and Priya Pillai.

"The aim is to destroy the credibility of LC by leaking it to the media, before even serving it on LC. LC till today has not received the order purportedly issued on 31st May, 2016, though it is available to the press," it said.

The MHA notice claimed that on inspection of the NGO's accounts, it was noticed that Rs 13.03 lakh out of foreign contribution "have been spent on travel, boarding lodging etc., used for advocacy including advocacy with MPs or media, to organise rallies or dharnas, draft legislation meetings" even though as per the foreign contribution return filed, there was no such mention.