Trump has alleged that Obama had ordered wiretapping of the Trump Tower in the run up to the November 8 presidential election. 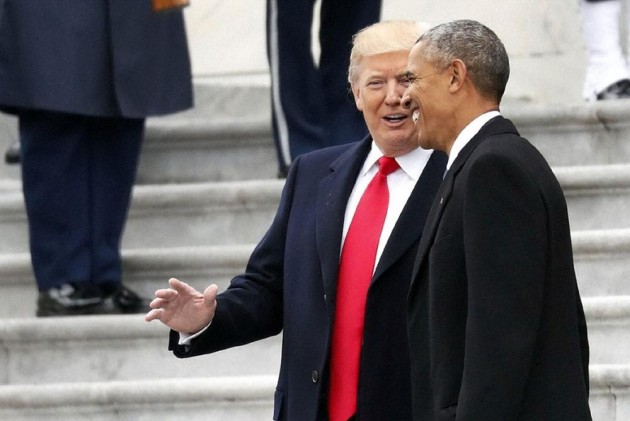 Two top US spymasters today trashed President Donald Trump's allegation that his Trump Tower was wiretapped on the orders of his predecessor Barack Obama, saying there is no evidence to support the claim.

"With respect to the president's tweets about alleged wiretapping directed at him by the prior administration, I have no information that supports those tweets, and we have looked carefully inside the FBI," FBI Director James Comey told the powerful House Permanent Select Committee on Intelligence.

Responding to a question from the members on Trump's allegation, Comey said the Justice Department had also looked for evidence to support Trump's allegation that his Trump Tower in New York - the headquarters of his presidential campaign - was wiretapped but could not find any.

Admiral Michael Rogers, Director of the National Security Agency and Commander of US Cyber Command, also spoke on the same lines asserting he has seen no evidence of wiretapping as alleged by Trump through his tweets.

Trump has alleged that Obama had ordered wiretapping of the Trump Tower in the run up to the November 8 presidential election. His accusation had led to a huge uproar in the US and an Obama aide had to come forward to reject the charge.

Trump's allegation had also triggered a diplomatic row with Britain recently, as Trump and aides cited a discredited report by an American television network that Obama asked a British intelligence agency to tap him.

The British government had objected to the claim and the Trump administration had assured London that the White House will not use the allegations again.