Fate of US And China are Inescapably Intertwined: Biden 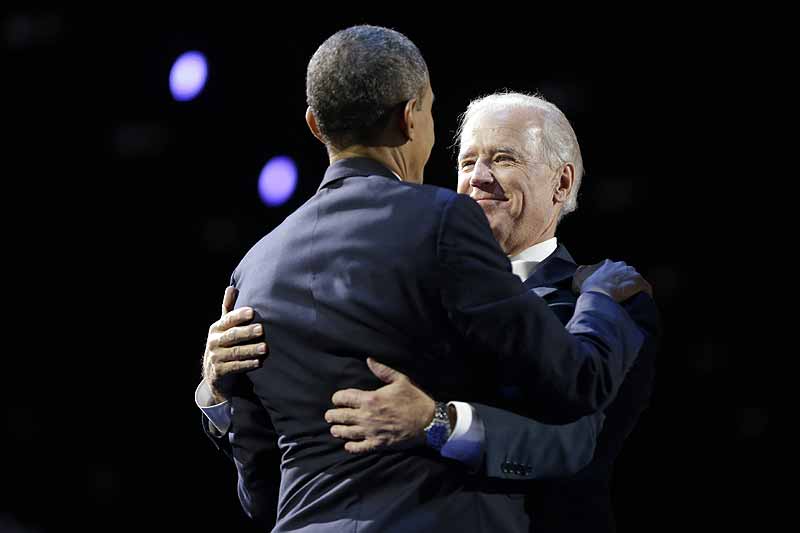 Print
A
A
A
increase text size
Outlook August 10, 2016 13:34 IST Fate of US And China are Inescapably Intertwined: Biden

Observing that the fate of the US and China are "inescapably intertwined" Vice President Joe Biden today said the next administration would have to continue to expand America's strategic ties with its core alliances including India.

"The next administration will be charged with continuing to expand our network of relationships beyond our core alliances, building on the historic opportunities we've created to support the democratic transition in Burma (also called Myanmar), deepen ties with Vietnam, manage relations with China, expand the strategic partnership with India, and work with the Association of Southeast Asian Nations to advance a rules-based order," Biden wrote in an essay in Foreign Affairs.

And because Asia is home to half the world's population and many of the world's fastest-growing markets, we simply cannot afford to ignore the economic opportunities there, the outgoing vice president wrote.

Noting that in nearly every part of the world, the US contends with regional powers that have an enormous capacity to contribute to the international order—or to undermine it, Biden said nowhere is this truer than in America's relationship with China.

"The United States and China are the world's two largest economies, so our fate are inescapably intertwined. President Obama and I have sought to define this relationship through enhanced cooperation and responsible competition," Biden wrote.

"We have found common ground with Beijing and made historic progress to address such global challenges as climate change, pandemic disease, poverty, and nuclear proliferation. At the same time, we have stood firm on such issues as human rights, intellectual property, and freedom of navigation," he said.

This balancing act will only grow more difficult in the context of China's economic slowdown and the worrying steps Beijing is taking to reverse course on more than three decades of economic reform and opening up to the world, the vice president said.

"As a result, the next administration will have to steer a relationship with China that encompasses both breakthrough cooperation and, potentially, intensified competition. And sometimes, as when facing the mounting threat from North Korea, cooperation and competition with China will coexist," he said.

"The notion that it will be all one or the other is shortsighted and self-defeating," he added.

The same is true with regard to Russia, with which the US should continue to pursue a policy that combines the urgent need for deterrence, on the one hand, with the prudent pursuit of tactical cooperation and strategic stability, on the other, he said. Terrorism must—and will—be defeated, Biden said.

Biden said the next administration will have to continue to address the challenge of ISIS in a smart, sustainable, and holistic manner.