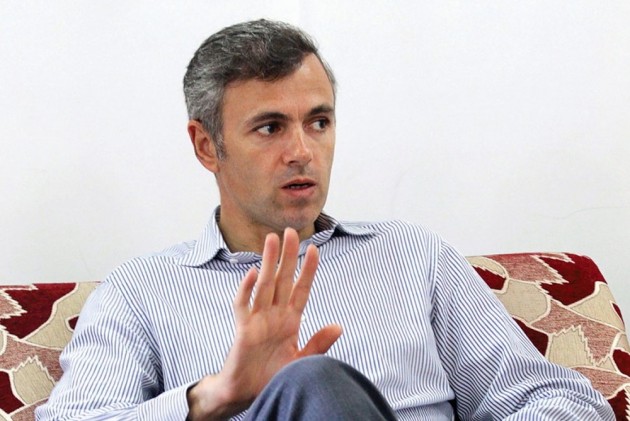 Former Jammu and Kashmir chief minister Omar Abdullah today came down heavily on the organisers of a fashion show for creating "bullet pellet effect" as part of its 'Kashmiriyat' collection.

"Am I reading this correctly? A pellet injury 'effect' is being created for a fashion show. That seems macabre if not downright thoughtless," he said on Twitter.

Omar was responding to a tweet posted on the handle of 'VanHeusen GQ Fashion Nights'.

The National Conference leader said the pellets have blinded scores and to have the injuries recreated for a fashion show was "inexplicable even if collection is called Kashmiriyat."

"Are any part of the proceeds of the show or the 'Kashmiriyat' collection going to help rehabilitate those hurt by pellets," he asked.

The 'offensive' tweet was later taken down from the GQ India handle soon after Omar's reaction.

The former Chief Minister was quick to add, "And quietly deleting the tweet does not make it any better @gqindia. Here is a screen grab in case people wonder what my tweets are about."