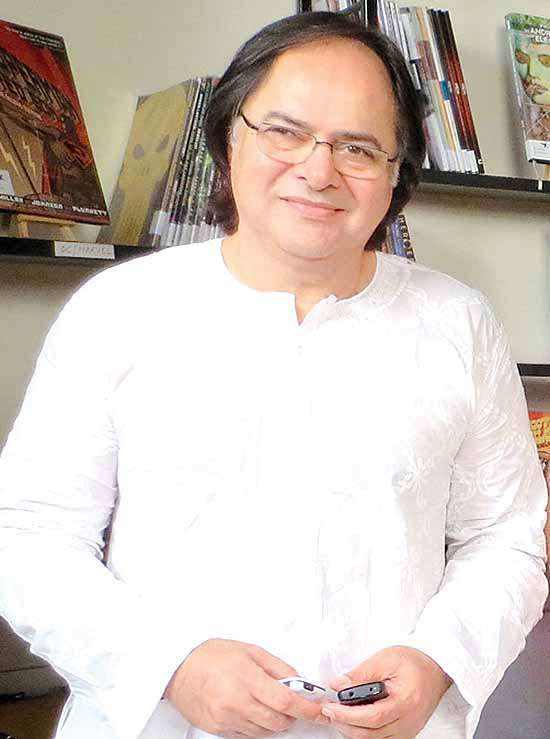 Remembering Farooq Sheikh as a "true gentleman", "cinema lover" and "foodie", politicians and film stars today mourned the sudden demise of the veteran actor in Dubai due to heart attack.

Union minister Manish Tewari today condoled the death of Sheikh saying that with the demise of the versatile actor, the country had lost a jewel.

In a message, the Information and Broadcasting minister said that Sheikh was a versatile actor whose performances were "sterling and scintillating."

In his untimely death we have lost yet another jewel, Tewari added.

Actress Deepti Naval, a close friend and someone who worked with Sheikh in films like 'Chashme Baddoor', 'Kissi Se Na Kehna', 'Katha' and most recently 'Listen Amaya', said she is yet to come to terms with the sad news.

"I am shocked... Deeply shattered. I can't talk right now. I am in Himachal Pradesh and I am leaving for Mumbai immediately," an emotional Naval told PTI.

"For me he was one of the finest actors in Hindi film industry. It is heartbreaking."

Sarika, who starred with him in his last film 'Club 60', said he was in good health during their last meeting.

"It is shocking because he looked well when we last met about 10 days back. He seemed fine. We joked and chatted. He was a brilliant actor that goes without saying but he was a great man, a true gentleman. He loved good food and we all were planning to meet up and eat out," Sarika told PTI.

Megastar Amitabh Bachchan remembered Sheikh as a "true gentleman", who had a "quiet honesty" about himself.

Shah Rukh, who worked with Sheikh in 'Maya Memsaab', regretted not spending enough time with the actor.

"Faroukh Sahib... Allah bless your soul. You are dearly loved and missed. My biggest regret that I never got to spend time with you, Farouqh sahib, as I had requested. Should have done it earlier. I feel so sorry," SRK wrote on Twitter.

Actress Shabana Azmi, a close friend a co-star, said she got to know about the news when Sheikh's wife called her around 3.30am in the morning.

"Farooq has been a very close friend of mine. We have been around together since college days. Forty-years ago he and I started a theatre group. It was a very long association so it is difficult to speak about his death," Azmi said.

Javed Akhtar remembered Sheikh as someone who was full of energy and life.

Actor Om Puri said, "His sudden demise is very sad and tragic. My condolence to his family. He was a wonderful actor."

Filmmaker Shekhar Kapur wished he had talked films instead of politics in his last meeting with the actor.

"RIP Farooq Shaikh. The last time we met, we talked politics. I wish we has talked film and acting. It's what we love most. I would have learned," Kapur tweeted.

Karan Johar, who last worked with Sheikh in 'Yeh Jawaani Hai Deewani' as a producer, remembered the veteran actor for his nuanced performances.

"RIP Farooq Sheikh... Your subtle,nuanced and genius body of work will live on forever."

Actor Boman Irani wrote: "Farooq Sheikh passes away! Shocked, numbed and saddened. Was supposed to be shooting with him today. A gentleman actor is no more!

Filmmaker Mahesh Bhatt wrote, "Alvida Farooq bhai the warmth of your smile lingers in our memory!"

Filmmaker Sanjay Tripathy, who directed Sheikh in his last release 'Club 60', remembered the good moments with the actor while shooting for the movie.

"He was a wonderful actor and a very good human being. We bonded over food. He had a sweet tooth and we would have sweet competition between him, me and Sarika (co-actress in the film)," Tripathy told PTI.

"He had a good sense of humour. Whenever he was on the sets there was lively atmosphere," he added.