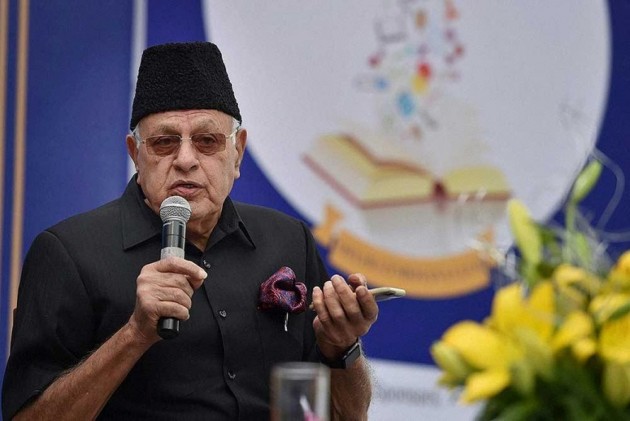 Former Jammu and Kashmir Chief Minister Farooq Abdullah today called on Prime Minister Narendra Modi to discuss the situation in the Kashmir Valley which continues to witness unrest for over 100 days.

During the meeting, Abdullah stressed for an early dialogue with all the stakeholders who were willing to come to the table for negotiation so that the stalemate can end in the Valley.

The former Chief Minister, who has been touring the entire state, said that the Prime Minister listened patiently to him and was receptive to the suggestions he made.

"I am sure that the Prime Minister will urgently address all the issues that have been flagged by me and others from the state," Abdullah told PTI after the meeting.

The former Chief Minister said that National Conference has played the role of a constructive opposition party and would continue to do so.

"We are willing to do anything for the people of the state who have been victims of unrest for over three months now.

"The education sector has suffered. Tourism industry, which is the mainstay of the economy, has been hit badly. The people living along the Line of Control and International Border are suffering. I have requested to take into consideration all these factors and make attempts to bring some relief to the people in the state," he said.

Abdullah, however, refused to share other details about the meeting.

"The meeting took place in the most cordial atmosphere and the Prime Minister was equally concerned about the situation in the state," the NC leader said.

As many as 85 people, including two policemen, have been killed and thousands of others injured in the unrest in the Valley triggered by the killing of Hizbul Mujahideen militant Burhan Wani in July. Around 5,000 security forces personnel have also been injured in the clashes.