Farewell to Pranab Mukherjee: MPs to Present Him With Coffee Table Book 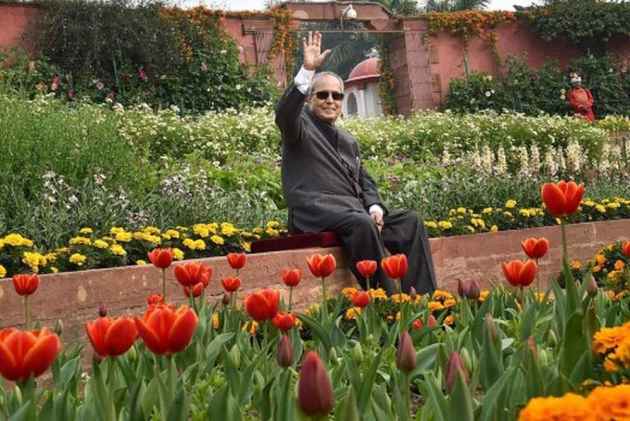 Print
A
A
A
increase text size
Outlook July 17, 2017 09:32 IST Farewell to Pranab Mukherjee: MPs to Present Him With Coffee Table Book

As they are going to vote for the next President of India today, parliamentarians  have decided to present outgoing President Pranab Mukherjee with a coffee table book on Sunday as a farewell gift.

"On July 23 evening, a farewell has been organised for the president. MPs will hand over a coffee table book with their signatures to him," Speaker Sumitra Mahajan told reporters after an all party meet chaired by her ahead of the Monsoon Session of Parliament beginning tomorrow.

Mukherjee's term ends on July 24 and the next president will take oath on July 25.

She said to mark the 75th anniversary of Quit India movement on August 9, plans are afoot to organise a discussion on the subject in the Lok Sabha.

Mahajan told the meeting, MPs across parties were of the view that discussions on issues such as MSP for farmers, India's foreign policy and the internal security situation must be discussed.

She said members agreed that there should be no disruption of proceedings on the 19 days the House would meet during the session ending August 11.