Faceoff Between Punjab and Haryana Over HSGPC Intensifies

Print
A
A
A
increase text size
Outlook July 19, 2014 21:10 IST Faceoff Between Punjab and Haryana Over HSGPC Intensifies

The faceoff over the creation of a separate SGPC in Haryana today intensified as the state refused to accept the Centre's directive to take back the bill and asked the Home Ministry to "forthwith withdraw" its letter in this regard as well as direct Punjab not to interfere in its affairs.

In its reply to the Home Ministry, Haryana termed the letter written to it yesterday as "an affront to the federal structure and Parliamentary democracy of India" and one which "is an insult of 2.5 crore Haryanvis and their elected legislators".

"I request your goodself to forthwith withdraw the letter dated 18th July, 2014 and issue appropriate direction to Government of Punjab to not interfere into affairs of state of Haryana within its territorial jurisdiction," Haryana Cabinet Minister Randeep Surjewala said in a letter to Home Minister Rajnath Singh.

Surjewala told Rajnath Singh that the "political stand of either the Akali Dal (Badal) or any other political party/organisation should never colour the judgement of Government of India in being able to decide the issue qua right of legislature of State of Haryana...."

He claimed that the Haryana Legislature has exercised its legislative powers under the Constitution to ensure the grant of right of self governance, self determination and service of gurudwaras to the Sikh community of Haryana. He cited the example of the Delhi Sikh Gurudwara Management Committee that manages the affairs of Sikh shrines in the national capital "with no say of Amritsar SGPC in it".

"To negate this right of Sikh and Punjabi communities of Haryana is to question the honour of every Haryanvi. With humble regards to your goodself and wisdom of your law officers, this is neither acceptable nor warranted," he said.

The Haryana Minister also pointed out that Akali leaders from Punjab were entering many sikh religious shrines (gurudwaras) of Haryana with armed police personnel from Punjab and questioned the Centre as to why it was silent on the issue and why it had not sought a law and order report from the Governors of Haryana and Punjab.

Meanwhile, the ruling Shiromani Akali Dal (Badal) in Punjab had a Core Committee meeting today and decided to hold a large congregation of the Sikh community at Amritsar on June 27 for deliberating on further action in this regard.

Punjab Chief Minister Parkash Singh Badal yesterday petitioned the Centre to intervene in the matter and had met Prime Minister Narendra Modi and apprised him of the situation.

Badal has said that he will not allow "dilution" of the SGPC and "would go to any extent" to save its sanctity.

The Union Home Ministry had yesterday written to the Haryana Chief Secretary and Secretary to State Governor stating that the legislature of Haryana had no competence to pass the Haryana Sikh Gurudwara (Management) Bill 2014 and that the assent granted by the Governor should be withdrawn.

After meeting Modi, Badal had also met Home Minister Rajnath Singh at his residence where Finance Minister Arun Jaitley joined him and so did the Prime Minister's Principal Secretary Nripendra Mishra and Union Home Secretary Anil Goswami and after long deliberations the Centre shot off the letter to the Haryana Chief Secretary.

Surjewala's letter said, "the stance of the Centre is a total negation of right of legislature of Haryana flowing from Articles 245 and 246 of the Constitution."

He made a reference to the Delhi Sikh Gurudwara Management Committee saying "Parliament under constitution has enacted a separate Sikh Gurudwara Act on December 30, 1971 pursuant to which Amritsar SGPC has no say or control over the Sikh gurudwaras in Delhi."

"Punjab Chief Minister Parkash Singh Badal and his party are putting unwarranted pressure and playing politics on this issue of self determination and governance of Sikh religious shrines in Haryana by Sikh community of Haryana," he said.

The legislature of Haryana has exercised its legislative power under the Constitution to ensure the grant of right of self governance, self determination and service of gurdwaras, Surjewala said.

Surjewala said the Bill was enacted in accordance with the provisions of Section 72 of the Punjab Re-Organisation Act 1966 via which the states of Punjab, Haryana, Himachal Pradesh and Union Territory of Chandigarh were carved out as separate territories.

"The successor state Haryana is well within its right to constitute a separate body through an Act for management of Sikh religious shrines within its own territorial jurisdiction," he said.

Surjewala said that "to force the dictate of Amritsar SGPC over the management and control of Sikh religious shrines of Haryana to the exclusion of Sikh community of Haryana is neither morally correct nor legally tenable or constitutionally permissible".

In his letter, Surjewala also brought to the notice of the Centre the "alarming fact" that Badal had drafted his ministerial colleagues, MPs, MLAs, elected Amritsar based SGPC members and other party leaders to Sikh shrines in Haryana to "resist" HSGPC from taking control over these institutions. 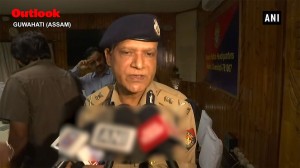