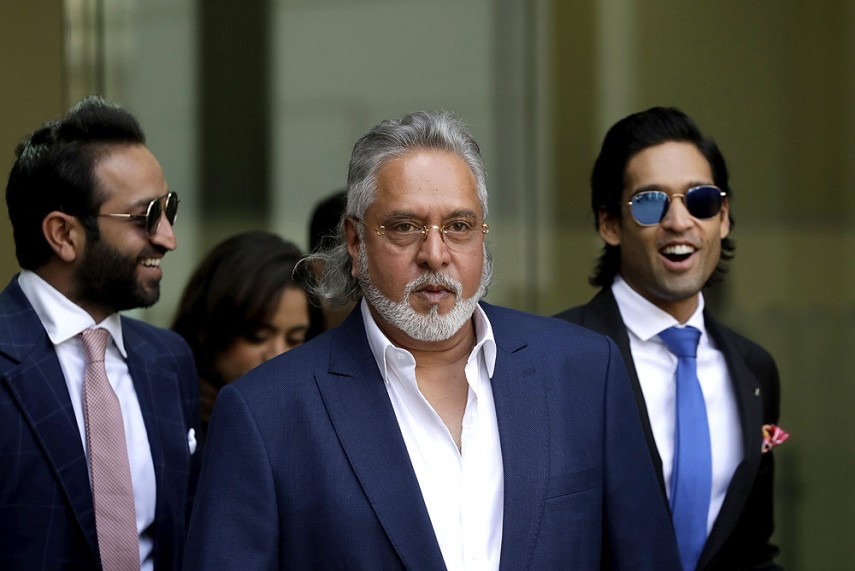 Vijay Mallya, the fugitive liquor baron sought by India for defaulting on several bank loans amounting to nearly Rs 9,000 crore, today appeared before the Westminster Magistrates Court in London for the hearing in his extradition case.

"I do as my lawyers advise," the 61-year-old former chief of erstwhile Kingfisher airlines said when asked about his appearance at court despite being exempt from appearing by the Judge at the last hearing on June 13.

Mallya, who is wanted in India for Kingfisher Airlines' default on loans worth nearly Rs 9,000 crores, has been in the UK since March 2016 and was arrested by Scotland Yard on an extradition warrant on April 18.

He had attended a central London police station for his arrest and was released on conditional bail a few hours later after providing a bail bond worth 650,000 pounds, assuring the court of abiding by all conditions associated with extradition proceedings, such as the surrender of his passport and a ban on him possessing any travel documents.

If the District Judge rules in favour of extradition at the end of the trial, the UK home secretary must order Mallya’s extradition within two months of the appropriate day. However, the case can go through a series of appeals before arriving at a conclusion.

India and the UK have an Extradition Treaty, signed in 1992, but so far only one extradition has taken place under the arrangement – Samirbhai Vinubhai Patel, who was sent back to India last October to face trial in connection with his involvement in the post-Godhra riots of 2002.

However, unlike Mallya, he had submitted to the extradition order without legal challenge.