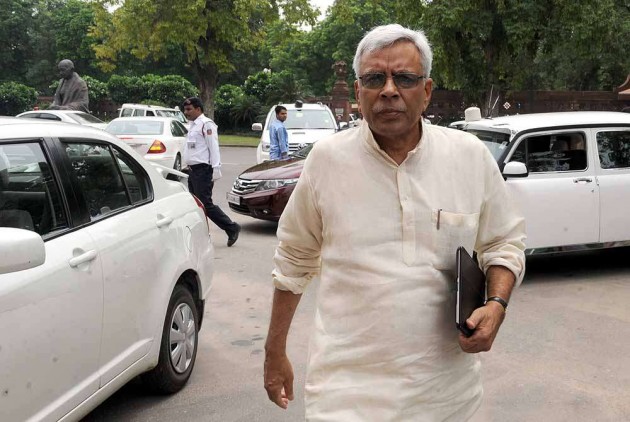 Attacking RSS as well as the corporates and terming them "anti-democratic", Tiwari alleged both have joined hands to make Narendra Modi Prime Minister.

"A fierce turmoil is going in politics today and I cannot remain a mute spectator to it. I have decided to work in three Lok Sabha seats -- Gurgaon in Haryana, North-East Delhi and Varanasi in Uttar Pradesh," Tiwari said in a statement today.

He said he had worked with both Yogendra Yadav, AAP candidate from Gurgaon, under Lohia Vichar Manch and Anand Kumar, also AAP candidate North-East Delhi, and would campaign for them from March 25.

"At the end, I will camp in Varanasi to campagin for Arvind Kejriwal against Narendra Modi," Tiwari said adding he has also decided not to have any truck with RJD chief Lalu Prasad Yadav and Bihar Chief Minister Nitish Kumar.

JD(U) had expelled five MPs, including Tiwari, for "anti-party" activity. Tiwari, who has been critical of the functioning of Nitish Kumar, was refused renomination to the Rajya Sabha.

Terming the coming Lok Sabha elections to be "different", Tiwari said this is the first time that the corporate sector has come out in the open to make someone a Prime Minister.

"Earlier they used to make ministers and secretaries concerning their departments but now they are making a Prime Minister," Tiwari said.

Attacking RSS, Tiwari said that earlier the Sangh used to work behind the scenes but this time starting from making Modi the Prime Ministerial candidate to convincing L K Advani, RSS has come out in the open to play its role.

He said RSS does not believe in democracy and believes in "one-flag-one-leader" ideology. "The corporate sector too believes that in the road to development, democracy is a hurdle. Both have joined hands to make Modi the PM," Tiwari added.