The 92-year-old leader was admitted to the ICU at Houston Methodist Hospital after experiencing shortness of breath while his wife Barbara was also hospitalised as a precaution. 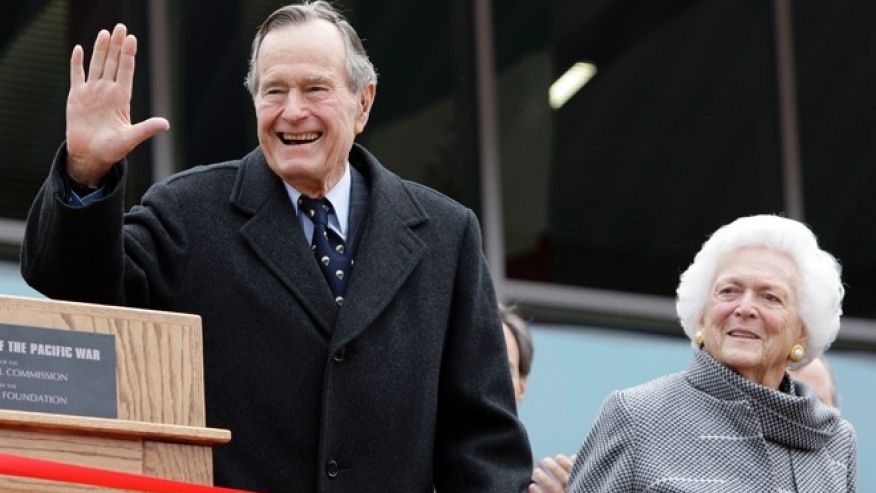 Former US President George H.W. Bush has been admitted to the ICU of a hospital to address an acute respirator problem stemming from pneumonia while his wife Barbara was also hospitalised as a precaution, a family spokesman said on Wednesday.

The 92-year-old leader was admitted to the ICU at Houston Methodist Hospital after experiencing shortness of breath, family spokesman Jim McGrath said in a statement.

Bush had "responded very well to treatments" and hoped to be out soon, McGrath said.

"Doctors performed a procedure to protect and clear his airway that required sedation. President Bush is stable and resting comfortably in the ICU, where he will remain for observation," the statement said.

"Additionally, Mrs Bush was admitted to the Houston Methodist Hospital this morning as a precaution after experiencing fatigue and coughing."

Bush, who lives in Houston, Texas, is expected to be discharged in the next couple of days, the report said.

As is the case with most people his age, Bush has had his share of health issues in recent years.

In July 2015, he was taken to a hospital in Portland, Maine, after he fractured a bone in his neck in a fall at the family's summer home in Kennebunkport. He was "up and talking and out of bed" within a day after the fall.

The fall happened about six months after he was taken by ambulance to Houston Methodist for what his spokesman called "shortness of breath." He was released from the hospital about a week later.

In late 2012, Bush was admitted to the hospital for a bronchitis-related cough. He was later released but returned the day after Thanksgiving because of a persistent cough. Bush was later admitted to intensive care and spent nearly two months at the hospital until his release in mid-January 2013.