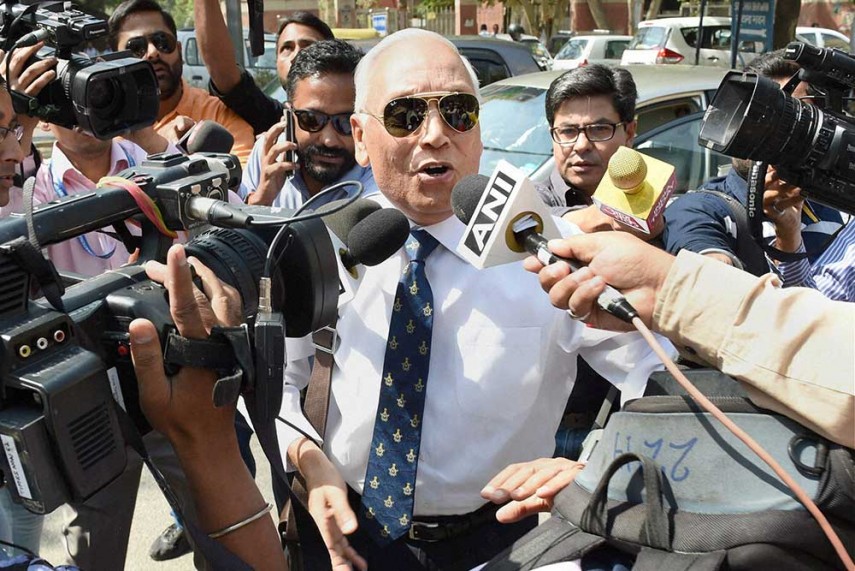 Former IAF chief S P Tyagi was today questioned by the ED in connection with the Rs 3,600 crore VVIP helicopter deal after being quizzed for days by the CBI in the case.

Tyagi arrived at the zonal office of the agency here just before 11 AM and agency sources said he will be questioned and his statement recorded under the Prevention of Money Laundering Act (PMLA).

The ex-IAF chief was questioned in the same case by CBI for the last three days.This is the first time that the ex-Chief of Staff of the Indian Air Force has been summoned by the Enforcement Directorate.

Agency sources had earlier indicated that Tyagi's questioning was necessary in the light of a recent judgement of a Milan (Italy) court which had sentenced Italian defence and aerospace major Finmeccanica's former chief Giuseppe Orsi and the former CEO of the firm Bruno Spagnolini on corruption charges in the sale of a dozen AgustaWestland helicopters to India for VVIP purposes.

Tyagi's name cropped at various points in the said judgement.

The allegation against the former Air chief is that he allegedly reduced the height of the VVIP helicopters so that AgustaWestland could be included in the bids.

ED had registered a PMLA case in this regard in 2014 and named 21 people including Tyagi in its money laundering FIR. It had also arrested Delhi-based businessman Gautam Khaitan and had also filed a charge sheet last year.

ED had earlier submitted that Khaitan was on the board of Chandigarh-based company Aeromatrix which was allegedly a front firm for the financial dealings in the chopper deal.

Tyagi, however, has denied any wrongdoing on his part.

On January 1, 2014, India scrapped the contract with Finmeccanica's British subsidiary AgustaWestland for supplying 12 AW101 VVIP choppers to the Indian Air Force (IAF) over alleged breach of contractual obligations and charges of paying kickbacks to the tune of Rs 423 crore by it for securing the deal.

The central agency has also issued Letters Rogatory (judicial requests) to ten countries in this case.