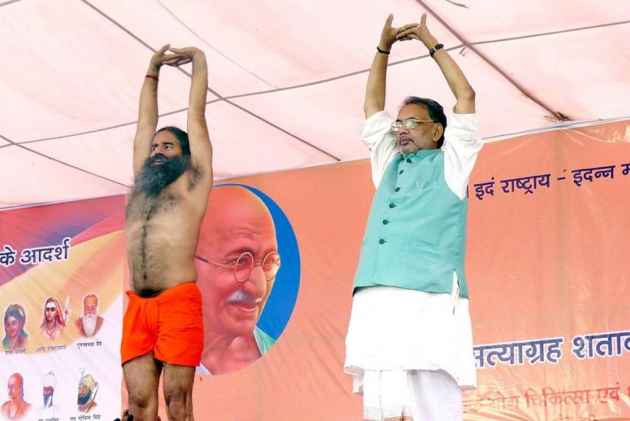 The incident took place when the union minster left the state guest house and was on his way to attend a programme on "Sabka Sath Sabka Bikas" in Jatani.

"Though the eggs did not hit the minister, one or two eggs fell in front of his vehicle," according to an eye witnesses.

"Radha Mohan Singh has no moral right to remain in-charge of agriculture ministry after the killing of farmers in BJP ruled Madhya Pradesh," said Maharathy before he was taken into custody.

Meanwhile, BJP strongly condemned the incident and blamed the state government for the incident.

"The Congress has lost its credibility across the country. I suspect the egg were hurled at the instance of the ruling BJD," Odisha BJP leader in-charge Arun Singh said.

"It is the responsibility of the state government to provide security to the visiting union ministers," BJP leader Bhrugu Buxipatra said.

However, senior Congress leader Pradeep Majhi said that "there is nothing wrong in the protest. The union government needs to know the sentiment of the people."

BJD vice-president Damodar Rout said, "Hurling eggs at the union minister will not help to solve any problem."