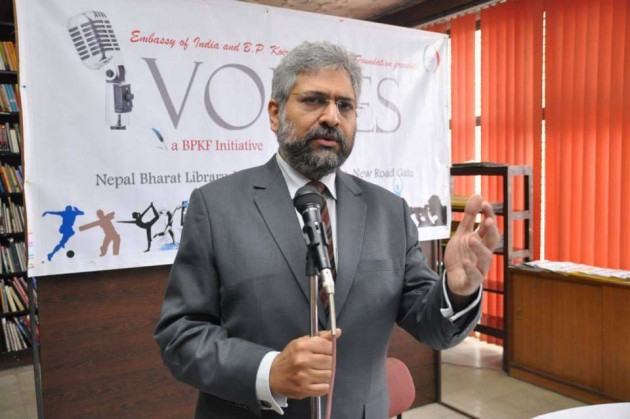 On January 20, senior journalist Siddharth Varadarajan was held hostage for almost half an hour inside the Vice Chancellor's office, Allahabad University, where he had gone to meet the VC.

Varadarajan, who was there to address a symposium at Senate hall of the Arts campus wasn't allowed to do so by the authorities after protests by the office bearers of the Students' Union who claimed that he is pro-naxal and his ideas are anti-national.

The Editors Guild of India today came up with a statement condemning the 'blatant acts of intimidation and threats' to journalist Siddharth Varadarajan, Editor of The Wire, by student members of the ABVP in Allahabad University.

Varadarajan had been invited to deliver a public lecture on "Democracy, the Media and Freedom of Expression" by the president of the Allahabad University Students' Union at the university's Senate Hall on January 20, 2016.

The statement said- "the ABVP declared that Varadarajan was "anti-national" and would not be allowed to set foot inside the university campus.  Varadarajan was forced to deliver the lecture at a hall near the campus.  After the lecture, when Varadarajan went to meet the V-C in his office along with the students' union president, the ABVP surrounded the exit. The university security warned Varadarajan that they could not guarantee his safety, and it was only after the police arrived that he was escorted to safety."

Varadarajan said that after students belonging to the ABVP threatened violence, the Vice-Chancellor withdrew permission for the programme and got the district administration to prohibit it from being held on campus.

"For a senior journalist to be threatened in such a manner at a leading university is deplorable. It is a brazen attack on freedom of expression, and the Editors Guild of India finds this mob mentality to silence those with divergent views unacceptable," the statement concluded.