ED Attaches Rs 1,411 Crore Assets of Mallya and His Company 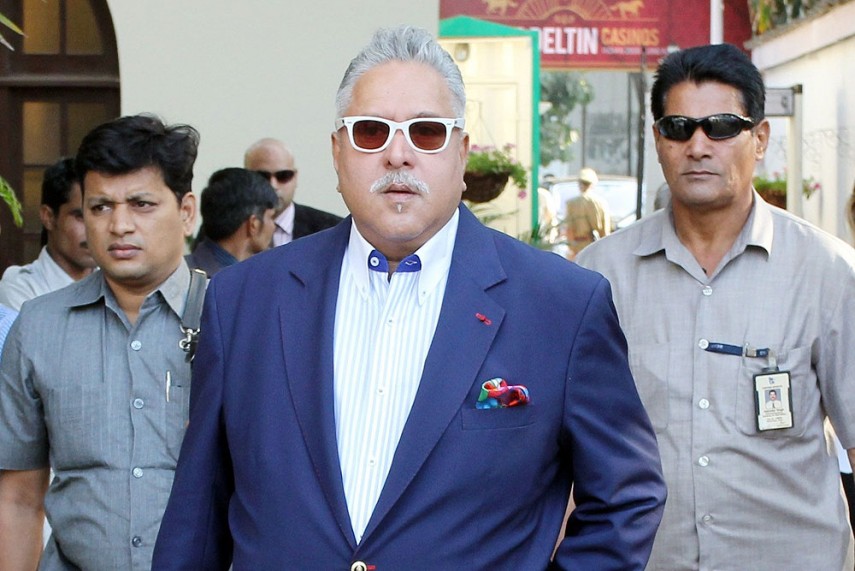 ED today attached assets worth Rs 1,411 crore of liquor baron Vijay Mallya and one of his companies in connection with its money laundering probe in the the alleged IDBI bank loan default case.

"We have attached properties worth Rs 1,411 crore (as per the market value) of Vijay Mallya and UB Limited under the Prevention of Money Laundering Act," an Enforcement Directorate official said.

The assets brought under the "provisional attachment" order include bank balance of Rs 34 crore, a flat each in Bengaluru and Mumbai (2,291 sqft and 1,300 sqft respectively), an industrial plot in Chennai (4.5 acres), a coffee plantation land in Coorg (28.75 acres) and residential and commercial constructed areas in UB city and Kingfisher Tower in Bengaluru (84,0279 sqft).

The agency, in a statement, said the order was issued as investigation found that some of the properties were being "disposed off" by the accused so that further action undertaken by the agency under PMLA can be "frustrated."

An attachment of assets under PMLA is aimed to deprive the accused from obtaining benefits of their ill-gotten wealth. The accused can appeal against this action before the Adjudicating Authority of PMLA within 180 days.

ED further said that a corporate loan was sanctioned and disbursed "despite weak financials, negative net-worth, low credit rating of the borrower company and despite the fact that the company Ms Kingfishers Airlines Limited (KFA) being a new client did not satisfy the norms stipulated in the corporate loan policy of the bank" and was sanctioned in an "extraordinary haste."

It said investigations in the case revealed that "loan amounting to Rs 864 crore was sanctioned to Ms KFA against collateral security of Kingfisher brand, corporate guarantee of UBHL and personal guarantee of Mallya out of which Rs 807 crore remained unpaid."

The agency added that its probe till now in the case indicates that KFA and its officials "conspired among themselves" and got sanctioned and disbursed term loans without conducting due diligence.

"The said loan was sanctioned in an extraordinary haste without verifying quality and value of the said security independently and subsequently to avoid payment of dues, corporate guarantee and personal guarantee rendered by UBL and Mallya were challenged by them before Bombay High Court on the grounds of coercion and undue pressure," it said.

The agency had registered a money laundering case against him and others based on an FIR registered last year by the CBI.

ED added "it emerged during the investigation that from

The agency is also investigating financial structure of Kingfisher Airlines and possible payment of kickbacks to secure loans.

The agency said the acts of Mallya and others accused in this case "indicate that a criminal conspiracy" was hatched for sanctioning the bank loan and that there was "no intent" to pay back the loan amount.

ED added that a sum of about Rs 423 crore from this loan amount was "remitted" outside the country on the pretext of aircraft lease rentals but "no supporting documents have been furnished so far to substantiate their bonafides."

"Therefore, not only the said bank loan was obtained in questionable manner, but part of the loan has been siphoned off abroad in a calculated and pre designed manner," it said.

The agency reiterated in the statement that despite giving "numerous opportunities" Mallya did not appear before it to record his statement in the case.

ED has also moved a special court here yesterday seeking to declare Mallya a proclaimed offender as the agency has virtually exhausted all legal remedies like seeking an Interpol arrest warrant and getting his passport revoked.

The ED is also seeking to invoke the India-United Kingdom Mutual Legal Assistance Treaty (MLAT) to have him extradited from Britain.