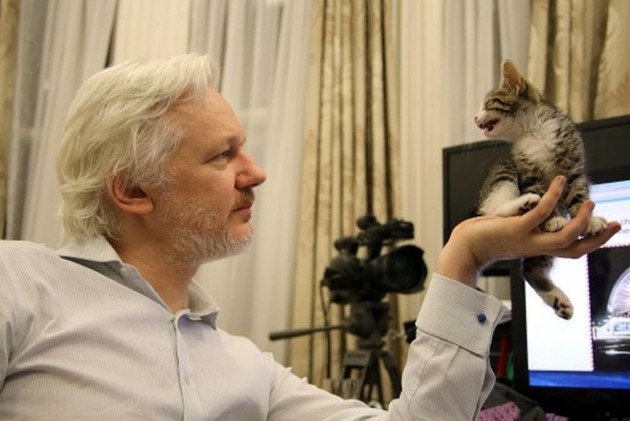 Ecuador has confirmed that it has cut off the internet access to WikiLeaks founder Julian Assange because the country believes that he was using the website to interfere with the US Presidential Elections.

In a statement released on Tuesday, officials from the country say that it abides by the “principle of non-intervention in the internal affairs of other states.” It says that it is not preventing WikiLeaks from carrying out their journalistic duty and reaffirmed its decision “to safeguard his (Assange) life and physical integrity until he reaches a safe place.”

Earlier, WikiLeaks has blamed Ecuador for cutting off founder Julian Assange's internet access while he is holed up at the Ecuadorean Embassy in London, and while his group is releasing thousands of emails from Hillary Clinton's campaign chairman.

Assange has been at the embassy for more than four years after skipping bail to avoid being extradited over sex crimes allegations.

WikiLeaks initially blamed an unidentified "state actor" for cutting off Assange's internet access, then said in a tweet that it was Ecuador. It said access was cut off at 5 PM GMT Saturday.

Calls, texts and emails left with WikiLeaks weren't immediately returned yesterday. A woman who picked up the phone at the embassy said: "I cannot disclose any information."

Ecuador's Foreign Ministry released a brief statement that didn't mention the internet cut off, but reaffirmed its decision to grant Assange asylum.

"Faced with the speculation of the last few hours, the Government of Ecuador ratifies the validity of the asylum granted to Julian Assange four years ago," the Foreign Ministry said. "We reaffirm that his protection by the Ecuadorean state will continue while the circumstances that led to the granting of asylum remain."

Assange's cramped quarters haven't prevented the Australian transparency activist from working and WikiLeaks continues to deliver scoops, including revelations that have rattled Clinton's campaign for president as the US election enters its final stretch.

WikiLeaks said in its tweet blaming Ecuador that Assange's internet was cut shortly after it published transcripts of paid speeches Clinton gave to Goldman Sachs. Those were part of the tranche of emails hacked from the accounts of John Podesta, campaign chairman for the Democratic nominee.

Official Communiqué | Ecuador respects the principle of non-intervention in the internal affairs of other states ➡️https://t.co/4F7R5Iktsd pic.twitter.com/5FtbLViMEo