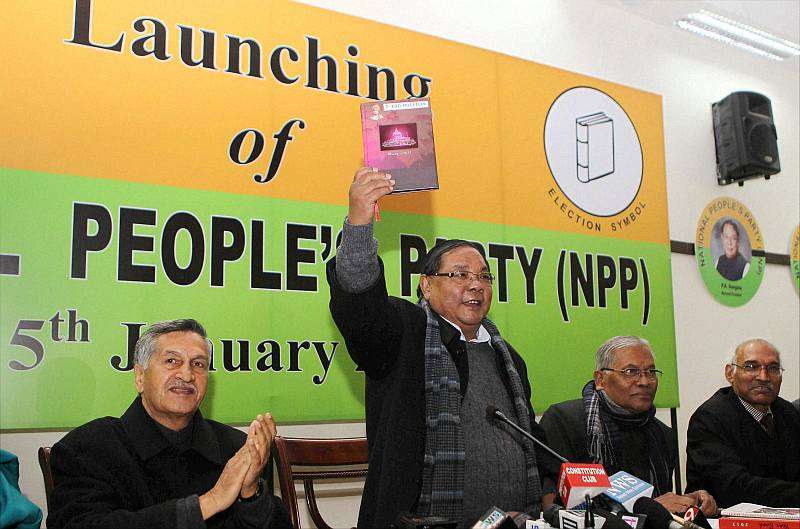 The Election Commission today suspended the recognition of P A Sangma's National People's Party for failing to file its election expenditure statement.

This is for the time that the poll watchdog has taken such a step of suspending recognition of a party using its powers under Election Symbols (Reservation and Allotment) Order 1968 "for its failure to follow the Lawful directions of the Commission," EC said in a statement.

The National People's Party, an alliance partner of the ruling NDA, is a recognised state party in Meghalaya.

An EC official explained that if the NPP is able to satisfy the poll body by filing "appropriate" statement, the suspension of recognition can be withdrawn.

"It is a final notice before derecognition. We will now treat the party as derecognised for the time being...The party has not been derecognised as such," he explained.

Following a Supreme Court judgement in the case of Common Cause Vs Union of India, EC had earlier issued instructions to all political parties to file their election expenditure statement within 75 days of assembly elections and 90 days of Lok Sabha elections.

It pointed out that the election to Lok Sabha, 2014 and elections to the Legislative Assemblies of Andhra Pradesh, Arunachal Pradesh, Odisha and Sikkim, 2014 was completed on May 28, 2014 and as per the Commission's instructions, the political parties were required to submit their election expenditure statements in connection with the above elections by August 26, 2014.

The Commission had issued two reminders to the National People's Party to submit the required statement for Lok Sabha election 2014 after the due date had long expired on August 26, 2014.

Finally, the Election Commission issued a notice on March 17, 2015 to the party to show cause as to why action should not be taken under Election Symbols (Reservation and Allotment) Order 1968 for failure to follow the lawful directions and instructions of the Commission.

The party had requested time to submit its expenditure statement by April 15, 2015 and again May 15, 2015 "but failed to honour the deadline".