EC Should be More Vocal to Assure Public That EVMs 'Tamper-Proof': Quraishi 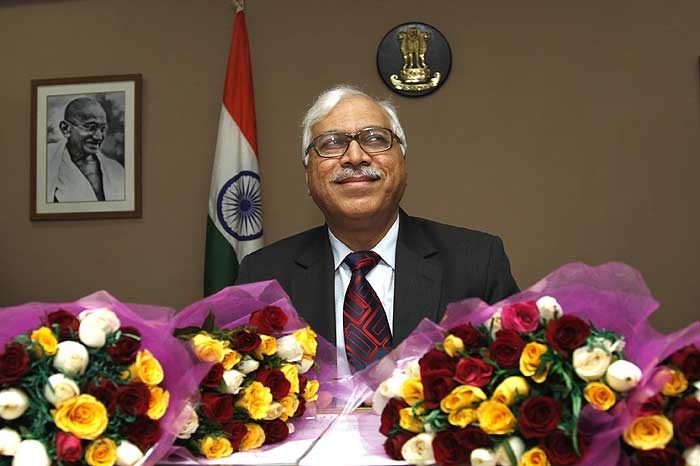 Print
A
A
A
increase text size
Outlook April 13, 2017 13:39 IST EC Should be More Vocal to Assure Public That EVMs 'Tamper-Proof': Quraishi

The Election Commission should be "more vocal and visible" to assure the public that Electronic Voting Machines are "tamper-proof", former poll body chief S Y Quraishi said amid a raging row over alleged EVM tampering.

"The Electronic Voting Machines (EVMs) are totally tamper-proof and there are enough safeguards in place. Political parties and their leaders have a right to protest and if they question the process, then there are remedies," Quraishi told PTI here.

He asserted that it is incumbent on the commission to proactively and "aggressively demonstrate" that the machines cannot be manipulated.

"The Election Commission should be more vocal and visible because the nation wants to hear the reassurances from the present Election Commission and not from me or previous officials. They have to come out and openly, vocally and aggressively demonstrate that this (EVM tampering) cannot happen," he said

Quraishi was in the city to deliver the keynote address at the 13th Annual India Business Conference at the prestigious Columbia Business School. The conference is hosted by the South Asia Business Association.

Quraishi, who was the Chief Election Commissioner from July 2010 to June 2012, said political parties and candidates have a right to question and it is "incumbent" on the Election Commission to "satisfy everybody, which they should do more proactively and more aggressively.

"Keeping quite or being media shy is not an option. It is their duty to inform the nation when it wants to know what is happening on specific complaints," he said.

"The Election Commission should be more vocal and visible because the nation wants to hear the reassurances from the present Election Commission and not from me or previous officials. They have to come out and openly, vocally and aggressively demonstrate that this (EVM tampering) cannot happen," he added.

Quraishi said even if the Election Commission has explained several times in the past that the EVMs cannot be tampered with, every time allegations are made, the body should respond.

"Since elections are a repeated exercise and since rumours keep on floating, every time such things happens (the Election Commission) should reply," Quraishi said.

Quraishi also strongly rejected some allegations that votes go to one particular polilitical party irrespective of which button is pressed on the EVMs, saying such allegations are "absolutely wrong". He emphasised that no fixed button is assigned to any political party when the machines are being manufactured in designated factories and buttons are eventually assigned according to candidates in alphabetical order, making it even more impossible to manipulate the EVMs.

Further he said, the EVMs are always kept under tight security. From the time, they leave the factory, which district they will go to within a state or which constituency, this is decided randomly by a computer. "So how can you manipulate the machine," he said.

Quraishi pointed out that there may be a "stray" occasion of a machine mall-functioning, and in that case there are provisions that the machine should be replaced immediately.

"Eversince we introduced the EVMs in 1982, every single party at one time or another has challenged and questioned it. And finally came around. The EC was able to demonstrate and prove that EVMs were absolutely non-tamperable," he said.

He further added that the Indian election is a role model for many countries and there is an institute in the Election Commission where other nations have got training in how to conduct and manage elections.

"That's the kind of role it is playing. When the world looks up to us and for us to undermine the people's confidence in this (election process) would be very counter-productive," he said.