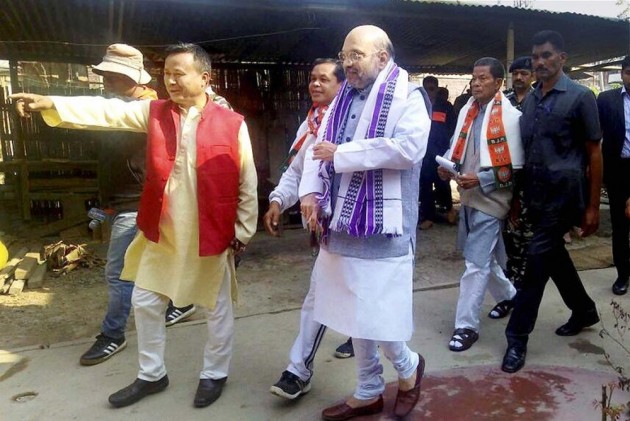 The Election Commission has ordered registration of an FIR against certain office bearers of the Manipur BJP and eight newspapers for publishing an advertisement without approval of its monitoring committee.

On the basis of a report by poll authorities in Manipur, the EC had yesterday directed the state chief electoral officer to get the FIRs filed.

The advertisements were published yesterday ahead of the first phase of elections in the state.

While there is no bar on the publication of election advertisements 48 hours before the polling, a rule introduced by the Commission during the Bihar Assembly polls says that such advertisements should be cleared by its media certification and monitoring committee.

It states that without approval no newspaper will publish such advertisements.

The new rule was enforced after the BJP brought out some controversial advertisements during the Bihar elections.

Continue FREE with Ads Pay Rs. 1 to Read Without Ads
READ MORE IN:
National
Next Story : 57.03 % Turnout in Sixth Phase of UP Polls, By And Large Peaceful
Download the Outlook ​Magazines App. Six magazines, wherever you go! Play Store and App Store