Easy To Frame College Authorities, What About UP Health Minister: Tharoor On Gorakhpur Tragedy

The Congress also noted that it is easy to frame the authorities of the college but pointed out that what is the Health Minister Siddharth Nath Singh being spared. 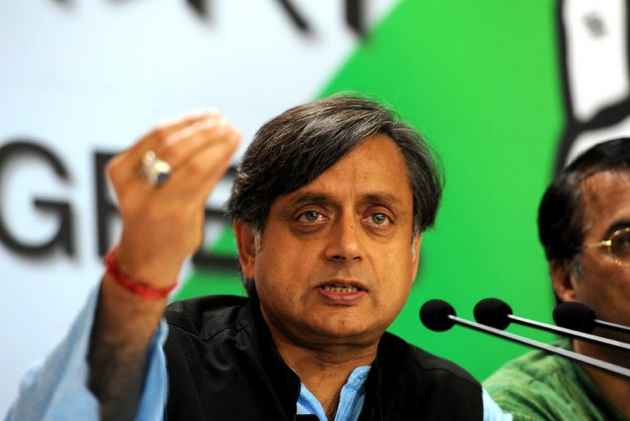 Print
A
A
A
increase text size
Outlook August 13, 2017 11:46 IST Easy To Frame College Authorities, What About UP Health Minister: Tharoor On Gorakhpur Tragedy

Branding the Gorakhpur hospital tragedy as an 'unforgivable act', Congress MP Shashi Tharoor on Sunday accused the Uttar Pradesh Government of sheer negligence, demanding a strict action against the accused.

Speaking to ANI here, Tharoor said, "Frankly, this is a terrible situation which shocked the country. The vulnerable members of our society are suffering because of the negligence and the bills not paid by the UP Government."

Tharoor further asserted that the situation in Gorakhpur's BRD hospitals shows where our country's priorities liethat after years of independence.

"This government is presenting crores on advertising and not paying the bill. This is not forgivable," he said.

The Congress also noted that it is easy to frame the authorities of the college but pointed out that what is the Health Minister Siddharth Nath Singh being spared.

"This should be pinned," he added.

11 children died on Saturday and until Friday the death toll stood at 60.

Adityanath had said Saturday said that a magisterial inquiry has been ordered and a committee has been formed to look into the Gorakhpur tragedy.

He further informed that "he has asked a team of top ministers to determine if the death of the children was actually due to a disruption in oxygen supply at the hospital and assured to "not spare anyone found guilty".

He also said, "We have suspended the principal of the BRD Medical College and taking him guilty for his actions and an investigation on him has already been ordered and is underway. Those found guilty won't be spared."

Responding to the suspension of Medical College Principal, senior Congress Party leader and former health minister Ghulam Nabi Azad branded the move as 'eyewash', and demanded that an all-party delegation should look into the matter.

"The administration was notified of the lack of oxygen. Local media reports also hinted at the possibility of a large tragedy in the hospital. It is shocking that nothing was done about it. Suspending the Principal after this and announcing an enquiry into the matter is just eyewash. There should be an all-party probe into this; the matter should not be submerged at any cost," said Azad, while addressing a press conference here.

According to data procurred from the BRD hospital, in five days - from August 7 to August 11, a total of 60 deaths occurred in the hospital.

The procurred data also shows the number of oxygen cylinders sent for refilling each day, showing a clear shortage of liquid oxygen in the hospital.