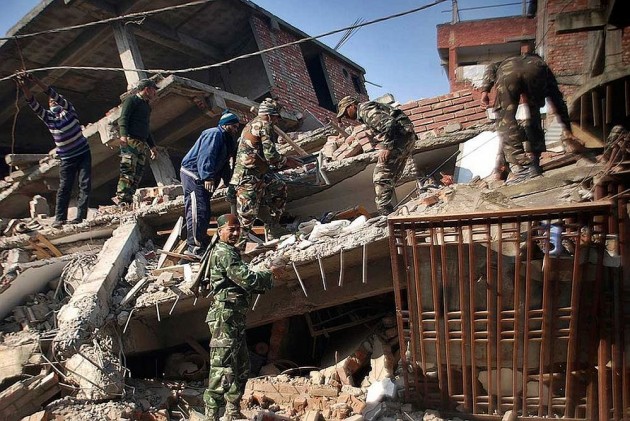 A low-intensity earthquake measuring 3.6 on the Richter scale today struck several parts of this Pakistani city.

The 3.6 magnitude earthquake hit the Gulshan-i-Iqbal area at 10:45 AM at a depth of 12 kilometres and its epicentre was Karachi, the MeT office said.

The tremor lasted for 12 seconds but it caused no loss of life or damage to property.

The tremor triggered panic and people came out of their houses and offices.

The tremors were felt with most intensity in areas surrounding the University of Karachi campus, said a Pakistan Meteorological Department (PMD) official.

Students attending classes at the University of Karachi and NED University came out of their classrooms.

Experts of the PMD said that the coastal city is located on a fault line which runs into the Arabian sea.

They said that although quakes of this intensity do not cause destruction, after shocks could be expected to strike the area.

The tremors were felt a week after a 5.0-magnitude earthquake hit Swat and surrounding areas.