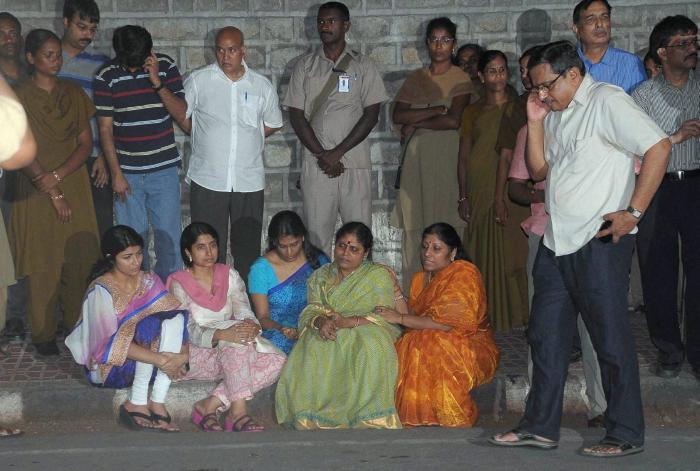 Print
A
A
A
increase text size
Outlook May 27, 2012 22:20 IST Dynasty, Megabucks and Finally Jail for Jagan

outlookindia.com
-0001-11-30T00:00:00+0553
From a small-time businessman to a formidable political leader, Y S Jaganmohan Reddy -- better known as Jagan -- had a rather smooth ride for over a decade before hitting one bump after another and finally finding himself in CBI's custody.

The only son of late Chief Minister of Andhra Pradesh Y S Rajasekhara Reddy, Jagan began his business career in 1999-2000 by establishing a tiny power company Sandur in neighbouring Karnataka and then expanding it to the north- eastern states.

His business graph rose meteorically once his father became the state Chief Minister in 2004 and Jagan started venturing into many other businesses including cement plants, infrastructure and media.

39-year-old Jagan's political ambitions were first revealed in late 2004 when he aspired to become an MP from his home turf Kadapa but the Congress high command nipped that in the bud.

He had to wait till 2009 to fulfil his dream and make a formal political debut by winning the Kadapa Lok Sabha seat.

His father's tragic death in a helicopter crash in September 2009, literally changed everything for Jagan.

He wanted to succeed his late father to the Chief Minister's throne but the Congress high command was unwilling to grant him the wish despite a majority of legislators rallying behind him.

Disillusioned, Jagan gradually began defying the Congress bosses and, by early 2010 was meticulously charting his own course.

He took the 'Odarpu Yatra' path to build his political career independently, much to the discomfiture of the ruling party.

Jagan's emergence as a leader began with the Odarpu Yatra as he went round villages and districts to console families that lost their kin in the aftermath of YSR's sudden death.

In no time, Jagan's popularity graph shot upwards while that of the ruling Congress' dipped gradually.

As the Congress objected to his yatra and rejected "permission", Jagan decided to snap his association with the party.

The flashpoint came in November 2010 when the Congress made N Kiran Kumar Reddy the Chief Minister of AP in place of ageing K Rosaiah in an ostensible bid to effectively counter Jagan.

On November 29, 2010, Jagan called it quits and walked out of the Congress, which his father loyally served for three decades, and also resigned from his Lok Sabha membership.

In March 2011, Jagan announced the setting up of his own Yuvajana Sramika Rythu Congress -- YSR Congress -- throwing a challenge primarily at Congress and also Telugu Desam Party.

He won the by-election to Kadapa Lok Sabha seat with a record margin of over five lakh votes in May 2011 while his mother Y S Vijaya won the Pulivendula Assembly seat in an emphatic fashion.

Ever since, the YSR Congress became the thorn in the flesh of Congress, particularly in the Andhra-Rayalaseema regions of the state.

The Congress survived a biggest scare to its government in December last when 16 of its MLAs -- owing allegiance to Jagan -- voted in support of a no-confidence motion moved by the TDP but the (erstwhile) Praja Rajyam and Majlis parties saved the day.

In the by-elections in March, the Congress faced a complete rout when it lost all the seven seats, six of them in Telangana and one in coastal Andhra.

By winning the lone seat in coastal Andhra, the YSR Congress sent the first warning signal to the Congress as well as the TDP on the things in store.

Now, as the state heads for by-elections to one Lok Sabha and 18 Assembly seats on June 12, the YSR Congress is the clear favourite to win the elections, which could spell doom for the Congress government.

Jagan has set his eyes clearly on the Chief Minister's chair and appears confident of making it to the top seat in the next general elections to the state Assembly whenever they are held.