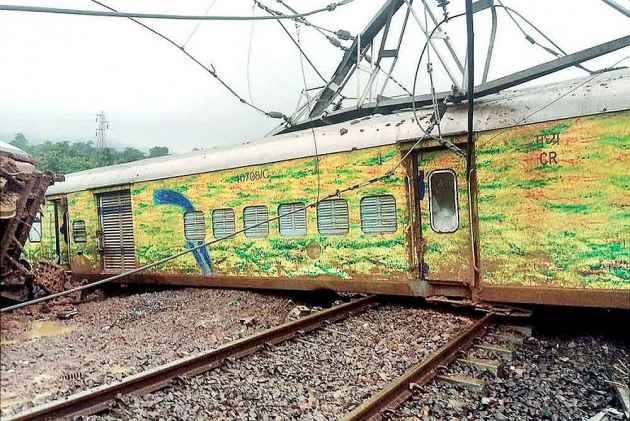 The Congress on Tuesday cornered Prime Minister Narendra Modi and Railway Minister Suresh Prabhu for frequent train derailment accidents that took place in the past few days and termed the Union Government as 'Derailment Sarkar'.

"Modi Sarkar should be renamed as 'Derailment Sarkar'. Despite passenger safety being endangered on a daily basis, railway safety going haywire, neither there is any action nor any accountability nor a fixation of responsibility," Congress leader Randeep Singh Surjewala told ANI.

While reacting on today's train derailment of the Nagpur-Mumbai Duronto Express near Maharashtra's Titwala station, the Congress leader demanded the resignation of Suresh Prabhu and advised the Prime Minister to take a decisive action on railway safety.

"Why has the resignation of the Railway Minister not been accepted yet? Why is the Prime Minister not coming forward and assuring the nation about the plan in place for passengers' safety and allocating the required money? Wake up from your slumber, Modiji. Take resignation from the railway minister and take a decisive action on railway safety," he said.

The Congress leader also took to Twitter to express his anger and tweeted, "Modi Sarkar should be renamed as 'Derailment Sarkar'. No action, no accountability, no resignation as Rly safety is endangered every day."

Meanwhile, the Indian Railways said that the prima facie inputs state a major landslide, occurring due to heavy rainfall in the area, as the reason behind the derailment of the Nagpur-Mumbai Duronto Express near Maharashtra's Titwala station.

The Maharashtra Chief Minister Office also tweeted and confirmed the news that all the passengers are safe and no injuries are reported.

Four trains have been diverted due to the derailment via Kalyan-Lonavala-Pune-Daund-Manmad.

This is the fourth incident of train derailment within 10 days.

On August 25, a local train running on Mumbai's Harbour line derailed, while it was returning to the Mahim platform.

Five-six persons sustained minor injuries, but no case of casualties or major injuries were recorded.

On August 23, the Delhi-bound Kaifiyat Express derailed in Uttar Pradesh's Auraiya district. As many as 81 people were injured.

On August 19, the Kalinga Utkal Express had also derailed in Uttar Pradesh's Muzaffarnagar killing 22 people and injuring over 200.

In the aftermath, Railway Minister Suresh Prabhu had offered to resign, taking moral responsibility for the accidents under his watch, but was asked by the Prime Minister to "wait". (ANI)