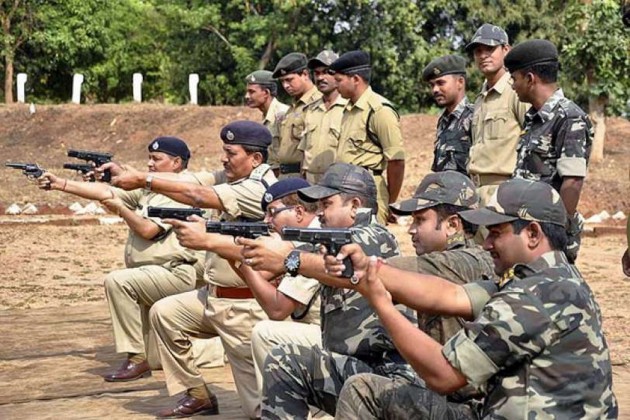 A Delhi University professor and a JNU professor have been booked along with Maoists and others on charges of murder of a tribal villager in insurgency-hit Sukma district of Chhattisgarh.

They were booked under sections 120-B (criminal conspiracy), 302 (murder), 147 (rioting), 148 and 149 of IPC at Tongpal Police Station, the IG said adding, "strongest possible action will be taken against those guilty after the investigation".

Though the case was registered on Saturday, the matter came to light last night.

Armed Naxals had allegedly killed Baghel with sharp weapons on Friday night at his residence in Nama village under Kumakoleng gram panchayat in Tongpal area, around 450 kms away from here.

Baghel and some of his associates were spearheading the protest against Naxal activities in their village since April this year.

"As per the complaint lodged by the victim's wife, her husband had been getting threats from Maoists since he and other villagers had complained against Sundar in May this year. Even armed ultras were referring to that complaint and anti-Maoist demonstrations while attacking Baghel on Friday," the IG said.

The complaint also mentioned that during the attack on him, Maoists kept telling Baghel that he was being punished because he did not listen to Sundar and others, and continued opposing them.

Baghel's wife has sought action against Sundar and others accusing them of murdering her husband, Kalluri said.

Baghel and other villagers of the region had earliergiven a complaint to Tongpal police in May this year against Sundar, Prasad, Tiwari, Parate and an unidentified woman activist from Sukma for allegedly inciting innocent tribals against the government and seeking their support for Maoists.

Villagers of Nama and the neighbouring Kumakoleng village (both under Kumakoleng village panchayat) had started a self-motivated protest against Maoist activities in their villages after forming its own security group named "Tangiya (axe) group" in April this year.

"Following the development, according to villagers, Sundar and others went in the village to allegedly threaten them not to oppose the Maoists," the IG said.

Sundar had gone to the village with the alias Richa Keshav, he said.

A letter was then written to the Vice Chancellors of both DU and JNU informing that Bastar police was conducting an inquiry against both the professors following complaint received against them, he added.