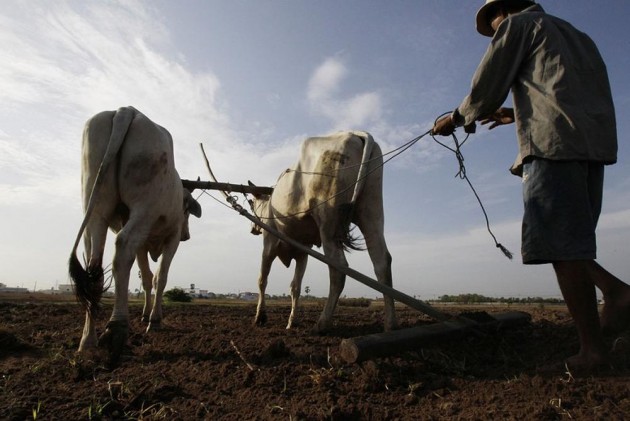 Tamil Nadu Chief Minister O Panneerselvam today said that the state was staring at a drought due to failure of the North East monsoon and assured farmers that they would be given appropriate relief.

He said all the Collectors, barring Chennai, have been directed to submit reports to the government on the status of crops and drought in their respective districts by conducting field inspections.

High-level committees comprising top bureaucrats and Ministers would be immediately set up to supervise inspections in the districts, Panneerselvam said, adding the panels would tour districts and submit their reports on January 10.

Based on field reports of the panels and Collectors, an announcement will be made on the drought situation and all necessary relief will be given, he said in an official release.

"Apart from financial relief for affected crops (by the State), farmers who had insured crops will also be able to get compensation from insurance companies," he said.

Against the backdrop of recent deaths of farmers in parts of Tamil Nadu, some of which were suicides due to agrarian distress, the Chief Minister said they need not be apprehensive about the present drought condition as they would be provided appropriate relief.

"It is the duty of the Tamil Nadu government, which follows Amma (as late Chief Minister J Jayalalithaa was called by party cadres) to protect farmers in these despairing circumstances," he said, adding government would fulfil its duty.

Stating that 86 per cent crops were insured in Cauvery Delta areas, the Chief Minister said it would be possible for paddy farmers to get up to Rs 25,000 as compensation per acre based on the extent of losses.

He said between October 1 and December 1 period of the North East monsoon, Tamil Nadu expected to get an average 440 mm precipitation. However, it got only 168.3 mm of rain and 21 of 32 districts witnessed over 60 per cent deficit rainfall.

Of the total inflow of 66.60 tmc ft of Cauvery water, 30.10 tmc ft was due to the directives of the Supreme Court based on the State's plea, he said, adding, however, the water was insufficient.

He said a Rs 64.30 crore special scheme for cultivation of samba crop as announced by Jayalalithaa in August last year was implemented.

Panneerselvam said that according to the Centre's new guidelines, drought could be declared in districts only after a field inspection on crop status in at least 10 per cent of villages in every district.