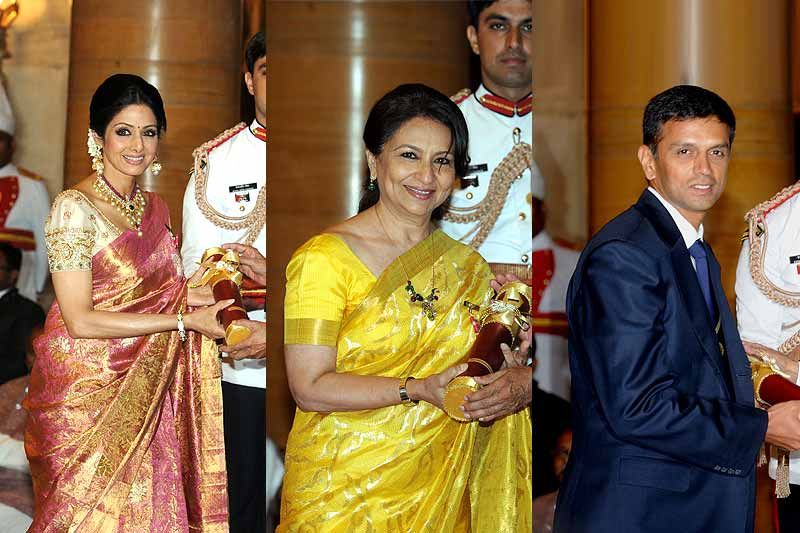 Saraswat, Tagore, film producer D Ramanaidu and Dravid were presented the third highest Padma Bhushan, while Sridevi got Padma Shri from the President at a ceremony at Rashtrapati Bhawan's Darbar Hall.

This year's list of honours were announced on January 25 and another ceremony is expected later for presentation of the awards to the remaining recipients.