Draupadi Murmu Sworn In As First Woman Governor of Jharkhand 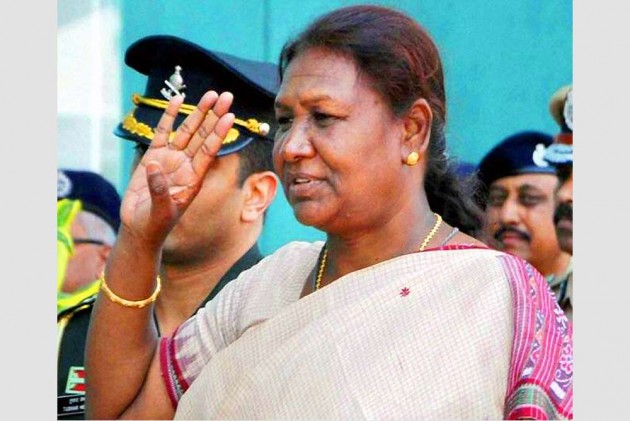 Print
A
A
A
increase text size
Outlook May 18, 2015 10:57 IST Draupadi Murmu Sworn In As First Woman Governor of Jharkhand

Draupadi Murmu was today sworn in as the first woman Governor of Jharkhand.

Murmu succeeds Syed Ahmed, who will take over as Manipur Governor.

A two-time BJP MLA from Odisha, she was a minister in the Naveen Patnaik cabinet when the Biju Janata Dal ruled the state with the support of Bharatiya Janata Party.

She headed the BJP's Mayurbhanj district unit in Odisha and had represented Rairangpur in the Odisha assembly.

Continue FREE with Ads Pay Rs. 1 to Read Without Ads
READ MORE IN:
National
Next Story : One Killed, Another Injured in Firing at Marriage Party in UP
Download the Outlook ​Magazines App. Six magazines, wherever you go! Play Store and App Store