Doval to Visit US This Week, Meet US Defence Secretary 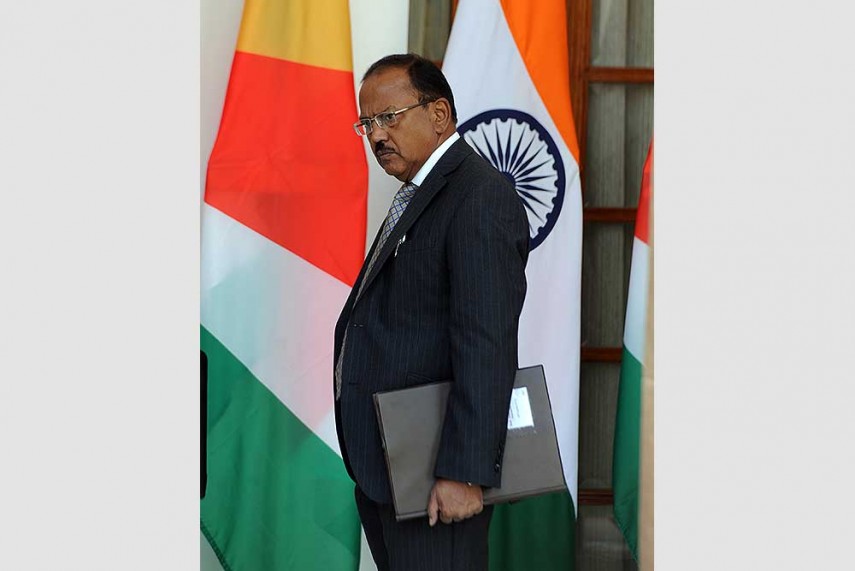 Print
A
A
A
increase text size
Outlook March 21, 2017 14:02 IST Doval to Visit US This Week, Meet US Defence Secretary

Doval will meet US Defence Secretary James Mattis on March 24, Pentagon spokesman Capt Jeff Davis told reporters, adding that they are likely to discuss a wide range of bilateral security issues and those related to the defence relationship.

Doval is also expected to meet his American counterpart Lt Gen H R McMaster, the first between the two national security advisors, during his stay in the US.

Davis said he was not aware of the reasons for Doval's visit, but added Mattis would meet him on the sidelines of an international meeting of the anti-ISIS Coalition hosted by the State Department later this week.

The Mattis-Doval meeting would be one of the highest-level meetings between the two countries after Donald Trump assumed the American presidency on January 20.

India's ties with the US gained momentum towards the end of the previous Barack Obama administration. At his final Pentagon press briefing in January, then Defence Secretary Ashton Carter said the bilateral ties "were on the right path."

Last year, the US declared India a major defence partner.

The designation, according to a US-India joint statement issued during Carter's visit to New Delhi in December, is a status unique to India and institutionalises the progress made to facilitate defence trade and technology-sharing with India to a level at par with the US' closest allies and partners.

"Clearly India is a very strong security partner and a force in the region. We continue to have very good relationship with India in the region," Davis said yesterday.

The US and India last year also signed a bilateral Logistics Exchange Memorandum of Agreement that will give the militaries of the two countries access to each other's facilities for supplies and repairs. LEMOA is said to be one of the four 'foundational agreements' that the US enters into with its defence partners.