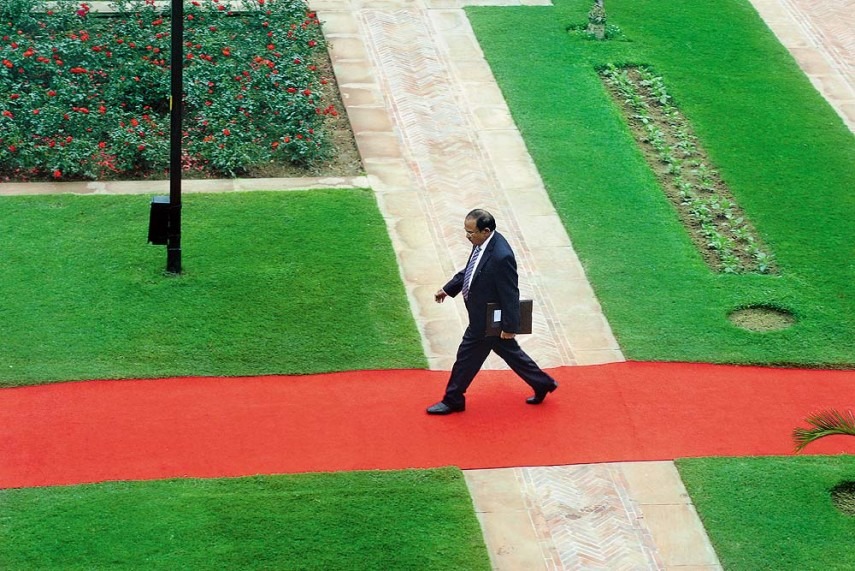 Speaking at the meeting of NSAs from BRICS (Brazil, Russia, India, China and South Africa), Doval said, "We should hold a BRICS forum to discuss security issues that impact global peace and stability."

He said the five-member bloc of emerging countries needs to "show leadership in countering terrorism".

In his brief opening remarks at the meeting hosted by his Chinese counterpart Yang Jiechi, Doval said BRICS countries also should take leadership role on strategic issues of regional and global importance specially in the areas where they have "consensus".

There was no reference to the ongoing Doklam standoff in his speech.

Yang and Doval are Special Representatives for the India-China boundary talks. The two officials held a separate meeting yesterday to discuss bilateral issues.

During that meeting, they were understood to have discussed the standoff between the troops of both the countries at Doklam area in the Sikkim section.

Earlier, the Chinese Foreign Ministry said the 7th meeting of 'BRICS High Representatives for Security Issues' is a major platform for BRICS countries to discuss and carry out cooperation in the political security field.

The meeting will focus on global governance, counter- terrorism, cyber security and energy security, international and regional hotspots, and national security and development, it said.