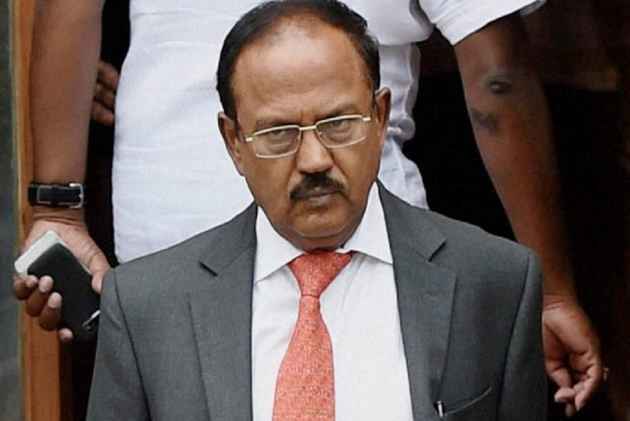 Print
A
A
A
increase text size
Outlook July 27, 2017 19:22 IST Doval Meets His Chinese Counterpart Yang Jiechi On The Sidelines Of BRICS NSAs Meeting In Beijing

Amid the Sikkim standoff, National Security Advisor Ajit Doval today held talks with his Chinese Counterpart and State Councillor Yang Jiechi on the sidelines of the BRICS NSAs meeting here.

Both Doval and Yang are Special Representatives of the India-China border mechanism.

His visit has raised expectations about the likelihood of India and China finding a solution to the over a month-long standoff at Doklam area in the Sikkim sector.

Chinese and Indian troops have been locked in a face-off in the trijunction area for more than a month since Indian troops stopped the Chinese army from building a road in the area.

China claimed that it was constructing the road within its territory. India protested the construction, fearing it would allow China to cut India's access to its northeastern states.