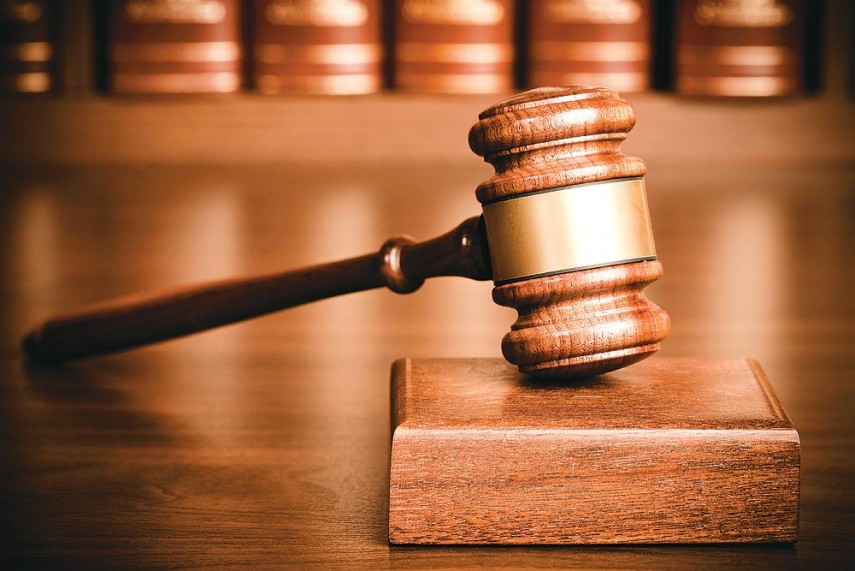 The Bombay High Court today rejected the bail application of artist Chintan Upadhyay, arrested for the murder of his estranged artist-wife Hema and her lawyer Haresh Bhambani, after observing that prima facie a case was made out against him.

Justice Sadhana Jadhav rejected the bail plea filed by Chintan and said, "There is more than sufficient material to show that Chintan nurtured a grudge against Hema and he expressed this in his diary and also said that he wanted to eliminate her (Hema)."

The court also noted that Chintan during the pendancy of his divorce from Hema and even after getting divorce never stayed in the flat purchased by them together. "But only close to the incident (December 1-8, 2015) Chintan started residing in the flat along with Hema," Justice Jadhav said.

The court said prior to the murders, Chintan had drawn objectionable paintings at their house here against Hema who then got suspicious and filed a case.

"Going by the conduct of the applicant before and after the incident this court feels this is not a fit case to grant bail at this stage," the judge said.

The court also asked police to initiate steps towards arresting Vidyadhar Rajbhar, one of the prime accused in the case who is absconding since the incident.

"Why don't you (police) issue a look out notice against him? Why do you always wait for the court to direct or tell you to do so?" the judge asked.

Chintan had approached the high court in November last year seeking bail and claiming that he had been falsely implicated in the case and he was not involved in the crime.

Chintan's lawyer Raja Thakare rubbished the police's claim that the motive behind the murders was matrimonial dispute and said he was falsely implicated in the case.

Thakare today argued before the judge that the police theory that the motive behind the murder was the matrimonial dispute between Chintan and Hema cannot be accepted as Chintan was the one who filed the divorce petition and that he has abided by all orders passed in the matter without raising objection.

"Chintan filed for divorce which was granted by the family court in 2014. The family court had directed Chintan to pay a sum of Rs 16 lakh to Hema towards the flat purchased by them together. In January 2015, Chintan paid the entire sum. Hema later approached the High Court seeking a monthly maintenance of Rs one lakh. The high court directed Chintan to pay maintenance of Rs 40000 each month which he agreed to. He even paid the arrears amounting to Rs two lakh to Hema," Thakare argued. The lawyer further claimed that Chintan in December 2015 stayed in the same flat even though the couple stayed in separate bedrooms.

"There is no material or evidence to suggest that they quarrelled or had a dispute over their matrimonial issues," Thakare said.

The court, however, said that it cannot go into motive in such cases.

"Among two persons especially when they were a couple one clearly cannot know the motive. The police claim it is a matrimonial dispute but we cannot know for sure," the judge said.

Thakare argued that the prosecution cannot rely on the statement given by Vidyadhar Rajbhar's mother in which she claims her son confessed to have committed the murder at the instance of Chintan.

Claiming that Chintan had no role to play in the murder, Thakare said it was Vidyadhar who hatched the conspiracy and murdered Hema and Haresh with the help of the co-accused who work for Vidyadhar.

Mumbai-based installation artist Hema and her lawyer Bhambani were killed on December 11, 2015 and their bodies disposed of in cardboard boxes that were thrown into a ditch in suburban Kandivali.

Vidyadhar Rajbhar was absconding since then, while Chintan was arrested soon after on suspicion of being the alleged mastermind behind the conspiracy to eliminate his estranged wife.

Apart from Chintan, the others arrested in the case include Pradeep Rajbhar, Azaad Rajbhar and Shivkumar Rajbhar.