Don't Take Action Against Umar, Anirban for a Week: HC to JNU 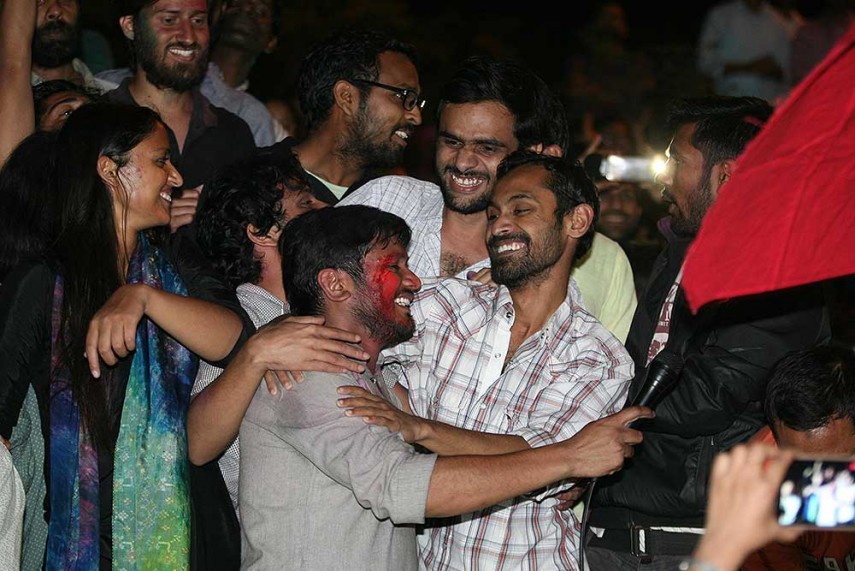 JNU was today directed by Delhi High Court not to implement for a week the order passed by its appellate authority holding some students including Umar Khalid and Anirban Bhattacharya guilty of indiscipline in connection with the controversial February 9 event.

The direction came on pleas by Khalid and Bhattacharya, who were penalised along with 19 others, including Jawaharlal Nehru University Students Union (JNUSU) president Kanhaiya Kumar, challenging the findings of the appellate authority.

In a related development today, Kanhaiya and seven other students also moved the high court against the order. Their matters were mentioned before a bench of justices B D Ahmed and Ashutosh Kumar which fixed the pleas for hearing tomorrow.

During the hearing on the petitions filed by Khalid and Bhattacharya, their lawyers told Justice Sanjeev Sachdeva that the operation of the August 22 order of appellate authority has to be stayed as it would come into effect tomorrow.

Khalid's counsel Akhil Sibal said his client has been rusticated from the university for the monsoon session which would end in December this year.

Similarly, Bhattacharya's counsel said his client has been directed to be out of JNU for five years.

At the fag end of the hearing, when JNU's counsel sought time to file an affidavit on their pleas, the court said, "You (JNU) do not implement the orders (of appellate authority) for this week."

The JNU counsel agreed to it after which the court fixed the matter for further hearing on September 8.

During the hearing, both students alleged that the appellate authority of the JNU Vice Chancellor had not dealt with the issues raised by them in their appeal against the recommendations of a high level enquiry committee (HLEC) which was set up to look into the matter relating to the February 9 event in which anti-India slogans were alleged raised inside the varsity campus.

JNU's counsel countered their claims and said that the authority had dealt with all issues raised by the two students while deciding on their appeals.

In May, the high court had put on hold the disciplinary action against these students by the varsity till their appeals were decided by the JNU's appellate authority.

It had also said if the appeals were rejected, then the order of appellate authority would not be given effect to till a period of two weeks.