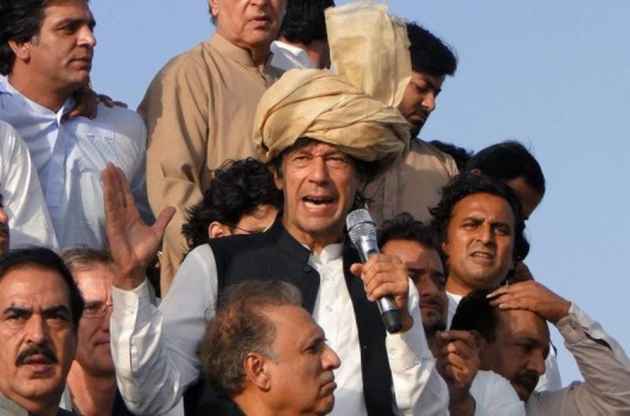 Print
A
A
A
increase text size
Outlook June 29, 2017 18:27 IST Trump Siding With Oppressor India As US Supports Oppressor In Palestine: Imran Khan

The US declared Salahuddin a global terrorist on Monday. The announcement was seen as a major blow to Pakistan, where the chief of the Kashmiri militant outfit is based and operates to fuel unrest in Kashmir.

"By trying to lump indigenous Kashmiri freedom struggle as terrorism Trump siding with oppressor India as US supports oppressor in Palestine," Khan, the chief of Pakistan Tehreek- i-Insaf (PTI) party, said on Twitter.

He said Trump has bargained morality with arms sale to India. "Trump-Modi statement has removed fig leaf of morality and justice in US foreign policy which is now only based on arms sales and financial gains," said the cricketer-turned- politician.

Before Trump and Modi met on Monday for their first bilateral meet as the leader of their two countries, the US cleared the sale of predator Sea Guardian drones to India- a first to a non-NATO country by the US.

Several other defence deals have also been signed between India and the US for Apache attack helicopters, and C-17 transport aircraft for an estimated USD 366.2 million.

Modi also reviewed the situation in Afghanistan with US Secretary of State Rex Tillerson and Defence Secretary Jim Mattis. India and the US agreed to continue strengthening coordination for ensuring stability and peace in Afghanistan.

Khan, however, said Trump "has no business giving India an interventionist role in Afghanistan when, unlike India, it is Pakistan that shares border with Afghanistan."

He said, "Trump's Afghan policy will only aggravate the already deteriorating situation there and prevent resolution of the conflict."