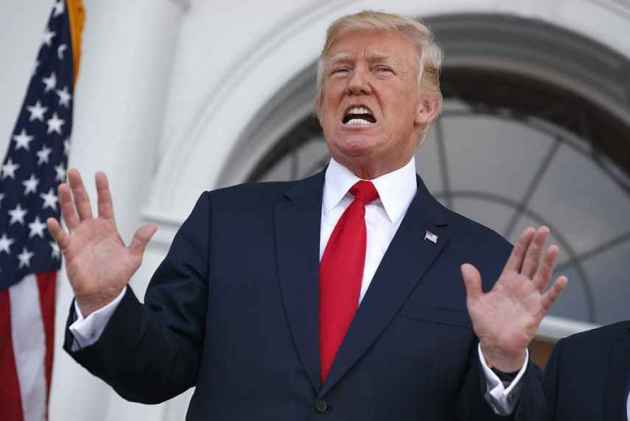 A powerful Republican Senator has questioned the competence of Donald Trump saying that he has not demonstrated the "stability" or "competence" necessary to effectively lead the country, days after the president made controversial comments about the racist violence in Virginia.

Senator Bob Corker, chairman of the powerful Senate Foreign Relations Committee, said he fears the nation will be in peril unless Trump makes radical changes at the White House.

"The president has not yet been able to demonstrate the stability nor some of the competence that he needs to demonstrate in order to be successful," Corker told reporters after a townhall in Chattanooga, Tennessee.

Corker's remains gains significance given that once he was considered for vice presidential position by Trump and also for that of the secretary of state after his elections.

As a chairman of the Senate Foreign Relations Committee, Tennessee plays a key role in shaping US' foreign policy.

"Donald Trump is unfit for office. His despicable actions this week have confirmed that he lacks the moral fortitude to be the leader of the free world and simply cannot be trusted to preserve, protect and defend our Constitution against all threats, foreign and domestic. I will vote in favour of censure, and call on Congressional Republicans to take meaningful action to rein in this Administration," he said.

Brown said that Trump's response to the savage actions of white supremacists and extremists in Charlottesville and his convoluted and distorted rationalisation of the murder of Heather Heyer, is "shameful and unbecoming of the president of the US".

"He lacks a basic understanding of and appreciation for our nation's values, as well as of the history of the struggles and sacrifices that have been made by generations of Americans to perfect our imperfect nation," he said.

Trump, just completing seven months in the White House, is under fire for his response to Saturday's clashes between far-right and counter-protesters in Charlottesville, Virginia, in which he blamed "both sides" for the violence.

The rally was in protest at the removal of a statue of Robert E Lee, a general who fought for the pro-slavery Confederacy during the US Civil War.

In a related development, Congressman Steve Cohen, Ranking Member of the House Judiciary Subcommittee on the Constitution and Civil Justice, announced that he will be introducing articles of impeachment against President Trump following his controversial comments about the racist violence in Virginia.

"I have expressed great concerns about President Trump's ability to lead our country in the Resolution of No Confidence that I introduced in July with 29 of my colleagues; however, after the president's comments on Saturday and again on Tuesday in response to the horrific events in Charlottesville, I believe the president should be impeached and removed from office," Cohen said.

Cohen is the third Democratic lawmaker to file articles of impeachment against Trump. The other two being Al Green and Brad Sherman.

Meanwhile Tony Schwartz, co-author of the 1987 bestselling 'Art of the Deal' predicted that Trump will soon resign from presidency.

"The circle is closing at blinding speed. Trump is going to resign and declare victory before Mueller and congress leave him no choice," he said in a tweet.

"Trump must be isolated. Resistance every day. The end is near but must keep pressure high," tweeted Schwartz, who had made similar prediction in May during controversy over firing of FBI Director Robert Mueller.