'Do We Have The Power To Challenge China?' Asks Farooq Abdullah

"The only way to resolve tension with China is to be friends with them, as war is not a solution." 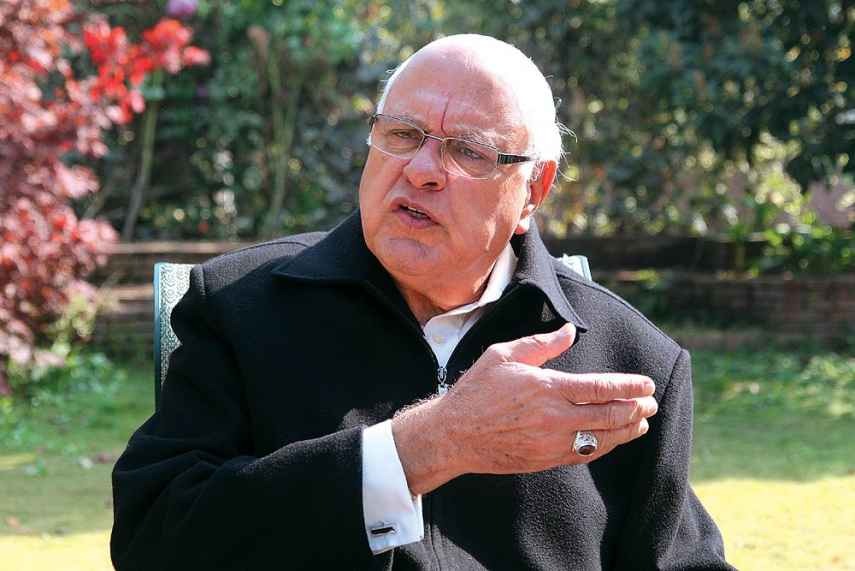 Former chief minister of Jammu and Kashmir Farooq Abdullah on Monday asserted that India lacks the power to take China-occupied Kashmir back from Beijing.

"In Ladakh, China has occupied the Aksai Chin. We shout about it, but do not have the power to take it back," Farooq said, adding that the only way to resolve the tension with China is to be friends with them, as war is not a solution.

"India should enhance their diplomatic channels and with that they should resolve this matter. China is Pakistan's friend, had we maintained our friendship with China, they would not have been friends with Pakistan," he said.

Farooq asserted that China's motive is to make the Karakoram by-pass, which would serve as their silk route and will connect them to the port. Which eventually passes through region occupied by China.

New Delhi and Beijing have been involved in a lengthy standoff along the Line of Actual Control adjoining Sikkim on India's eastern border.

New Delhi has expressed its serious apprehensions over Beijing constructing a road in the Sikkim sector of the LAC.

India claims Sikkim border as part of its territory, while China has said that the area falls on their side as per the 1890 treaty signed between British and China.

Consequently, China suspended the annual Kailash Manasarovar Yatra and conceded that the decision to suspend the pilgrimage was due to the border scuffle.

It also alleged that the Indian troops had crossed the Sikkim sector of the Indo-China border. Beijing has accused New Delhi of violating a convention signed in 1890 between Britain and China relating to Sikkim and Tibet. (ANI)