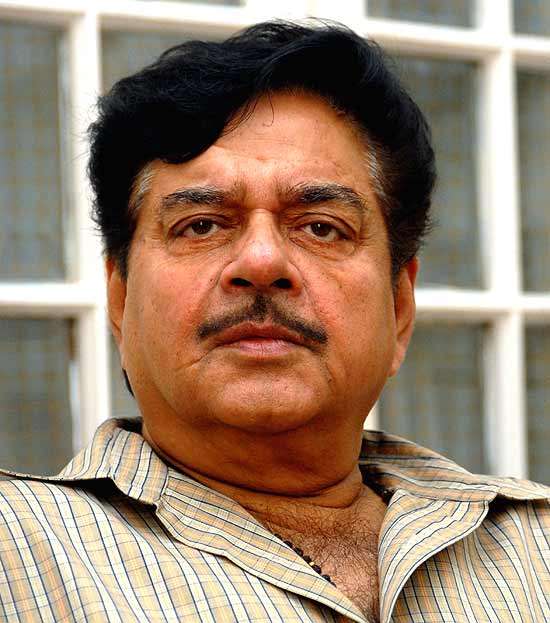 Sulking BJP MP Shatrughan Sinha, who has been at loggerheads with the party, has reportedly disapproved Prime Minister Narendra Modi's DNA remarks about Chief Minister Nitish Kumar but later sought to do some damage control by claiming that he did not attack Modi.

"One should take utmost care about use of word and avoid making such comment," he had reportedly told a channel referring to Modi's DNA remarks while attacking Nitish Kumar.
The actor-politician today, however, later denied attacking the PM and said he had made a general comment that sometimes slip of tongue happens in course of speaking extempore.
"There is no question of attacking Prime Minister Narendra Modi. He is a dashing, dynamic and action hero PM and I hold him in high esteem," Sinha told PTI.
He clarified that what he meant to say was that "during course of speaking extempore, sometimes slip of tongue does happen. It has happened with me as well as other leaders. My comment was in a general context."
Sinha, second consecutive term MP from Patna Sahib, said "BJP is a family for him and he was speaking in that spirit".
Sinha, BJP Lok Sabha member from Patna Sahib, sought to clarify that he had no differences with the PM.
"He is a mature and supreme leader of the party. I have already extended my thanks to him for participating in marriage ceremony of my son in Mumbai recently," he said over phone from Mumbai.
Sinha, who has expressed anguish on several occasions recently over being ignored in the Bihar election, said categorically, "I have said so many times that my complaint could be against a section of Bihar party leaders who feel threatened by my popularity and have been working against me.
"I have no complaint with PM, party chief Amit Shah and other central leaders."
Sinha had recently said he would love to meet the PM and Shah and explain the truth to them if they call him.
On being denied a berth in the Union Cabinet, which could be a reason for his recent outbursts, Sinha, who was a minister in Atal Bihari Vajpayee NDA government, said, "it is the prerogative of the PM to choose his team... How can I question his wisdom?"
Continue FREE with Ads Pay Rs. 1 to Read Without Ads
READ MORE IN:
Shatrughan Sinha National
Next Story : Khel Ratna a Huge Honour: Sania Mirza
Download the Outlook ​Magazines App. Six magazines, wherever you go! Play Store and App Store