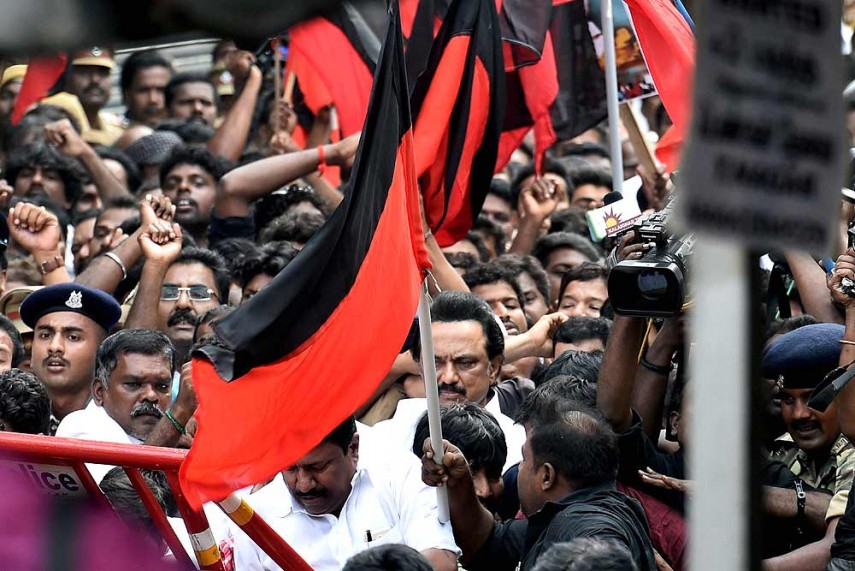 DMK working president M K Stalin today sat on a day-long hunger strike here even as a similar fast is being observed by his party leaders across Tamil Nadu to condemn "the murder of democracy" in the Assembly on February 18 when Chief Minister Edappadi K Palaniswami won a trust vote.

DMK chief Stalin had said on February 19 that passing of trust vote after forcible en-masse eviction of his party legislators from the Assembly was against the traditions and House rules.

He said DMK MLAs were forcibly removed by the Watch and Ward staffers. The fast is being observed to condemn the "murder of democracy."