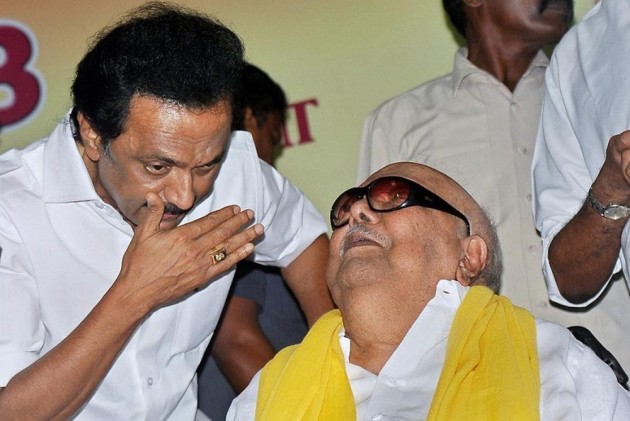 DMK President M Karunanidhi today underwent tracheostomy at a private hospital here to optimise breathing and his condition was stable.

The 92-year-old leader, who was readmitted to Kauvery Hospital here late last night with breathing difficulties due to throat and lung infection, has undergone tracheostomy to optimise breathing, Dr S Aravindan, Executive Director, Kauvery Hospital, said in a statement.

"Karunanidhi is stable," he said, adding that the former chief minister is being treated with antibiotics and being monitored by a team of doctors.

Meanwhile, senior DMK leaders kept thronging the hospital to enquire about the health of the party supremo.

Karunanidhi's readmission to the hospital comes about a week after he was discharged from there on December 7, following week-long treatment for drug-induced allergy.

On October 25, DMK had announced that Karunanidhi was suffering from allergy "caused by a medicine he has been using" and advised rest by doctors.

The leader, who has of late not been seen regularly in public, has confined himself to his home, although he has been issuing statements and reacting on key matters such as demonetisation.