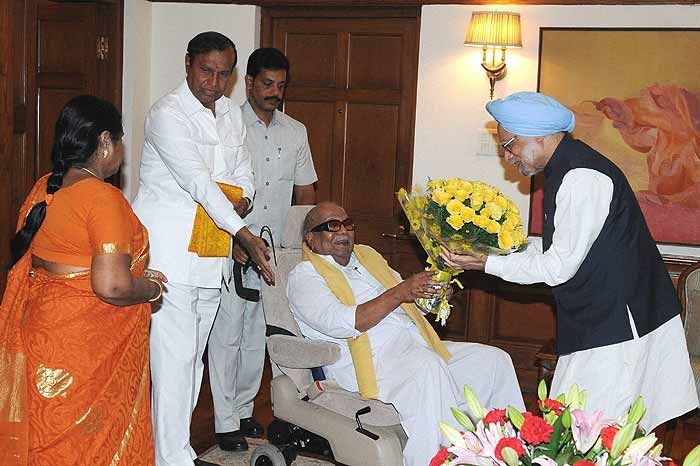 The two parties also demanded that the subsidised LPG cylinder cap be raised to 12 as against nine, which was announced esterday.

Opposition CPI also wanted a rollback of the virtual decontrol of diesel prices, saying it would have a cascading effect on the entire price structure.

BSP supremo Mayawati while slamming the Centre for the diesel hike which came into effect from today, however, ruled out withdrawing outside support to the UPA government saying it would give the Congress-led alliance another chance to do "wonders" in its last months.

"Allowing State-owned oil companies to increase diesel prices even by a small quantum is a wrong decision", DMK chief M Karunanidhi said in a statement in Chennai.

He said poor and the middle class people would not be able to bear even the increase of 50 paise per litre in diesel and this would pave the way for increase in inflation.

"The Centre should reconsider the decision on the diesel price issue so that poor and the middle class are not affected", he said, reminding that the diesel price was hiked by Rs 5.63 per litre in September last.

On the announcement to raise the cap on subsidised cooking gas cylinders from six to nine a year, Karunanidhi said the Parliamentary committee had already recommended that it should be increased to 12 a year.

Observing that LPG is primarily used by the poor and middle class, Karunanidhi said "the Government has to give a cylinder at subsidised rate every month. Though it will cost additional burden, government should bear them so as not to attract the wrath of the poor."

"Like petrol, the government has deregulated diesel from its control and has allowed oil companies to hike prices from time to time. This is a saddening and anti-people decision which will hurt the poor, the middle income group and farmers in the coming days," Mayawati told reporters in Delhi.

She said the decision to increase the LPG cylinder cap to nine was not sufficient. "People should get at least 12 cylinders per annum to make the decision sensible and justified...We want the government to reconsider both its decisions," she said.