Dismissing His Assertion, China Says It Will Choose Next Dalai Lama By Draw Of Lots 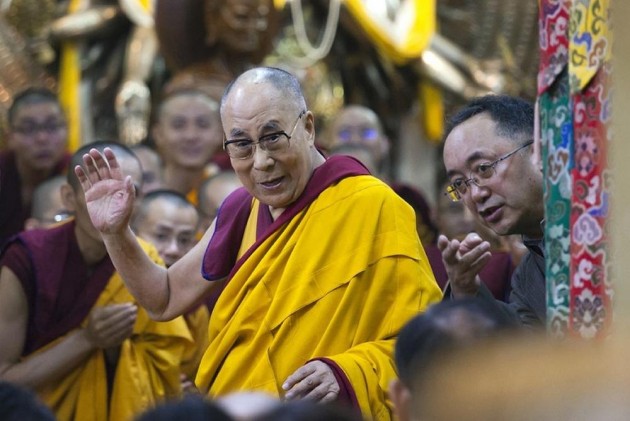 Print
A
A
A
increase text size
Outlook April 12, 2017 10:44 IST Dismissing His Assertion, China Says It Will Choose Next Dalai Lama By Draw Of Lots

China today said it will select the next highest monk of Tibetan Buddhism through the traditional way of drawing lots from a sacred urn at Dachau Temple in Lhasa, dismissing the Dalai Lama's assertion that Beijing cannot choose his successor.

The reincarnation of the Dalai Lama should follow religious rituals, history rules and national regulations, instead of whatever the 14th Dalai Lama said, it added.

It said the reincarnation of the Dalai Lama should be conducted according to tradition of drawing lots in front of Golden Urn Shakyamuni in Dachau Temple Lhasa (Jokhang monastery), which embodies the Buddhist spirit.

"It needs approval from China Central government too. The rule was established as early as in 1793,” the ministry said.

The Dalai Lama had said in Tawang that Chinese government cannot decide who will be his successor.

"It is quite nonsense. There may be some indication at the time of my death of the next Dalai Lama. I am only one soul," the 81-year-old Tibetan spiritual leader had said.

The Foreign Ministry said the reincarnation of Living Buddha is a unique way of inheritance of Tibetan Buddhism.

China adopts religious freedom policy which for sure, including respect and protect Tibetan Buddhism tradition, the ministry said, adding that the Chinese government issued Regulation on Religious Affairs and Management Rules of Tibetan Buddhism Reincarnation.

"We have been following national regulations and respect religious ritual since the beginning,” it said.

The ministry also questioned the religious credentials of the Dalai Lama and reiterated China's claim over the Arunachal Pradesh, which Beijing claims as South Tibet.

The Dalai Lama has never been a "purely religious person", but a political exile who has been engaged in anti- China separatist activities out of China, it said.

"No matter what the Indian government has arranged in disputed areas, and no matter what the Dalai Lama's speech in Arunachal Pradesh, it will never change the fact that there is a great controversy in eastern part of the Sino-Indian border, nor it will change China’s position on this issue," it said.

The India-China border dispute covers the 3488-km long Line of Actual Control. While China claims Arunachal Pradesh as Southern Tibet, India asserts that the dispute covered Aksai Chin area which was occupied by China during the 1962 war.