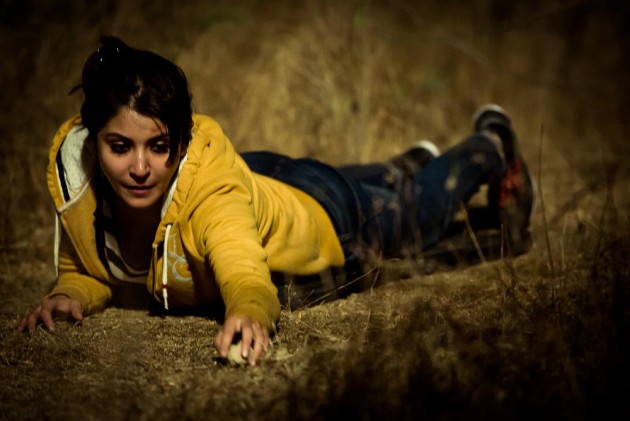 Rift in the Censor Board was out in the open today with filmmaker Ashoke Pandit accusing chairman Pahlaj Nihalani of being a "tyrant" and creating an "anarchic environment" while another member Chandraprakash Dwivedi voiced discontent over its functioning.

Pandit took to Facebook to slam Nihalani, saying Anushka Sharma's NH10 was a victim of his "crass functioning".

The film's release was postponed by a week due to the Board's objection to certain scenes in it. It will now hit the screens tomorrow.

"Nihalani's diktats are supported neither by logic nor law, nor does he appreciate the intelligence of the film-maker & the audience. He literally functions like an archaic monarch treating CBFC and its office like his own fiefdom," Pandit wrote in a letter posted on Facebook.

In a strongly-worded letter to Nihalani, Dwivedi regretted that collective decisions of the Board were being ignored and sought an urgent meeting to address "uncomfortable issues".

"I have started feeling uncomfortable of being a part of an esteemed institution where, collective decision of the board is ignored or collective voice is unheard," he said.

Nihalani did not respond to phone calls or messages seeking his views on remarks made by the two Board members.

In an apparent reference to hurdles faced by Hollywood film 'Fifty Shades of Grey' in getting clearance for release in India, Pandit said Nihalani's "ridiculous diktats and autocratic functioning" had made CBFC a laughing stock.

"The biggest victim of his warped world view is the Hollywood films which are finding it difficult to get a clearance through the certification board because it does not suit the absent sensibilities of Nihalani. Films after films are becoming innocent victims of his mindless tyranny. The recent victim of his crass functioning is NH-10," he wrote in the letter.

The board has been embroiled in controversies since Nihalani was appointed by the Narendra Modi government following Leela Samson's resignation.

A circular issued by him, banning cuss words triggered widespread criticism and was subsequently put on hold.

In his letter, Dwivedi said it was resolved that the circular issued by chairman or the office of the CBFC, banning certain words, will not be implemented till there is a detailed discussion.

"However the said circular in discussion was implemented and cuts were given regarding cuss words. I am also informed that your goodself was the presiding officer for the revision committee," Dwivedi wrote.

When contacted by PTI, Dwivedi said, "I wrote the letter to solve the differences within the Board through discussion. I don't know how it was leaked. It is a constitutional body and we respect that. Issues within it should be ironed out internally."

Anushka, whose film was mentioned in the Board members letter, had earlier spoken against the restrictions against NH10.

"The problem is that when you start working with so many parameters and restrictions, it is actually killing the scope of coming out with original ideas because you are already working within boundaries," Anushka had said.

"I think it would be nice to have a rating system and not just cut things out of films. It should be left to the audience to decide what they want to watch. People have the option to walk out of the halls. I wish that kind of responsibility was given to us."

Director Vikramditya Motwane, another producer on the movie, said it was disappointing to chop off scenes from the film.

"It is disappointing when your vision is curbed. Unfortunately, that is the scenario. The film is still great with the cuts. Nothing much has changed," Motwane had said.

The newly formed Board has faced flak for putting stringent conditions for clearing movies.