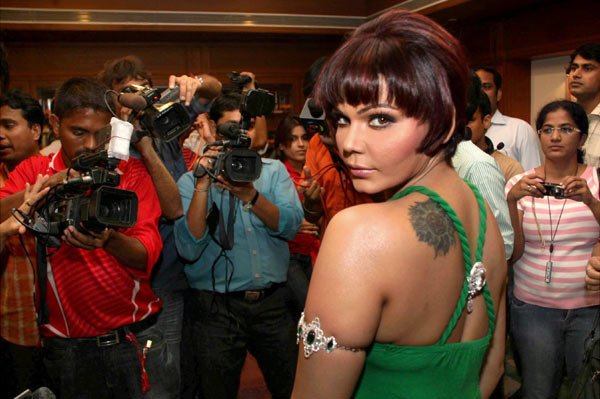 Claiming to be "deeply aggrieved" by Singh's comments, Sawant has said she has also asked her lawyer to issue a defamation notice to the Congress leader and seek Rs 50 crore in damages for attacking her "noble character".

In her letter to the police Commissioner Satyapal Singh, state Home Secretary and senior police inspector of suburban Goregaon police station, Sawant has said, "I do not know Digvijay personally. By passing such comment he (Digvijay) has lowered my image and reputation."

"I have already issued instruction to my lawyer Ejaz Naqvi to issue notice of defamation and damage of Rs 50 crore from Digvijay Singh. This is a gruesome attack on my noble character," the letter states.

Singh had in his tweet yesterday compared activist-turned-politician Kejriwal with Rakhi saying they both try and expose but without any substance.

"Arvind Kejriwal is like Rakhi Sawant. They both try and expose but with no substance," Singh tweeted

He, however, also sought apology from Sawant, saying "Apologies to Rakhi Sawant I am an old fan of hers !"

Sawant has requested the police Commissioner to order registration of a complaint for Singh's "lewd and derogatory" remark.

"Digvijay should be charged under the provisions of section 354 (outraging the modesty of a woman), 427 (mischief), 500 (defamation) and 511 (punishment for attempting to commit offences punishable with life or other imprisonment) of IPC and also under the Information Technology Act. The matter should be probed by CBI," the letter demands.