'Did Govt Use Pellet Guns at Marina Beach? Then Why in Kashmir?' Says BJP Leader Yashwant Sinha 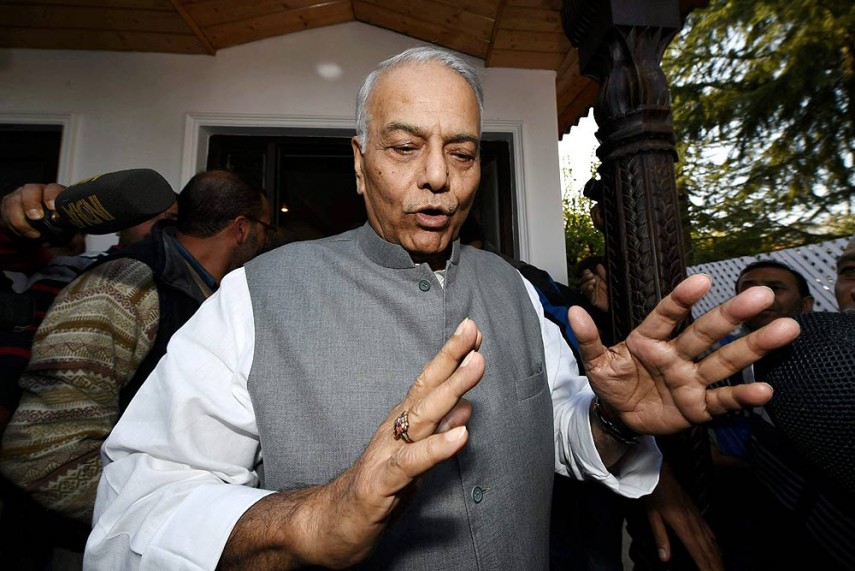 Print
A
A
A
increase text size
Outlook February 01, 2017 14:02 IST 'Did Govt Use Pellet Guns at Marina Beach? Then Why in Kashmir?' Says BJP Leader Yashwant Sinha

Senior BJP leader Yashwant Sinha today batted for setting aside of egos and holding talks to solve the problems plaguing Jammu and Kashmir.

"The people of Jammu and Kashmir were already upset due to some reasons and Burhan Wani's incident came as a trigger for the state-wide agitation. I feel Jammu and Kashmir should not be treated as an ego problem... You talk to people and territory will follow," Sinha said here at a presentation titled 'Kashmir, in search of solution'.

Talking to people from all sections is more important than portraying the issue as merely a "territorial" one, he said.

"Kashmiris have lost their faith with Indian state over a period of time. They have a feeling of betrayal from the Indian government, because of the use of pellet guns. Did government use pellet guns at Marina beach in Tamil Nadu or during the strong agitation of Jat community in Haryana?" Sinha asked.

"Why was it used extensively in Kashmir? It is giving a wrong message to Kashmiri people," the former finance minister said.

"During my discussions with stakeholders in Kashmir, I I was also told that aggressive debates on some television channels have damaged image of the state in the country," he said.

"If you show an iota of sympathy to Kashmiris, you are labelled as an anti-national, I feel the Kashmiri youth is completely alienated from the Indian government. They don't believe in India. They are bitter and have lost fear of getting killed," he added.

Sinha said that during their meetings, many traders and people said that they don't mind incurring losses but they want a solution to the 70-year-old problem.

Wajahat Habibullah, former police commissioner and member of the concerned citizens' group said, "Earlier, intellectuals in major cities in Jammu and Kashmir expressed disappointment towards the government. This time, it is mainly from rural areas. Especially, after the killing of Wani."