DiCaprio Meets With Trump on Green Jobs to Boost Economy 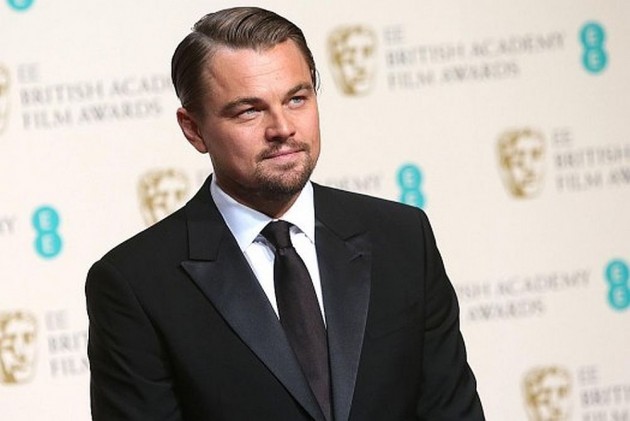 Print
A
A
A
increase text size
Outlook December 08, 2016 10:11 IST DiCaprio Meets With Trump on Green Jobs to Boost Economy

Leonardo DiCaprio and the head of his foundation has met with President-elect Donald Trump to discuss how jobs centered on preserving the environment can boost the economy.

In a statement to The Associated Press, Terry Tamminen, the CEO of the Leonardo DiCaprio Foundation, confirmed the meeting at Trump Tower in New York City. Tamminen said the pair gave a presentation to Trump, daughter Ivanka, and other members of Trump's team on how focusing on renewable, clean energy could create millions of jobs.

"We presented the President-elect and his advisors with a frameworkwhich LDF developed in consultation with leading voices in the fields of economics and environmentalism that details how to unleash a major economic revival across the United States that is centered on investments in sustainable infrastructure," Tamminen said.

"Our conversation focused on how to create millions of secure, American jobs in the construction and operation of commercial and residential clean, renewable energy generation."

The Oscar-winning actor has been a strong advocate of fighting climate change and preserving wildlife, and his recent documentary, "Before the Flood," addresses the peril that the world faces because of climate change.

DiCaprio previously met with Ivanka Trump and presented her with a copy of the film.

The meeting with Trump's team lasted for about 90 minutes. The actor also gave the president-elect a copy of the documentary, and Trump promised to watch it, according to a person who was familiar with the meeting but not authorized to speak publicly.

Tamminen, who was secretary of California's Environmental Protection Agency under former Gov. Arnold Schwarzenegger, said Trump was receptive and suggested they meet again next month.

"We look forward to continuing the conversation with the incoming administration as we work to stop the dangerous march of climate change, while putting millions of people to work at the same time," said Tamminen.

The meeting came after word got out yesterday that Oklahoma Attorney General Scott Pruitt, a climate-change denier whose policies have helped fossil fuel companies, is expected to be announced as Trump's pick to lead the Environmental Protection Agency.