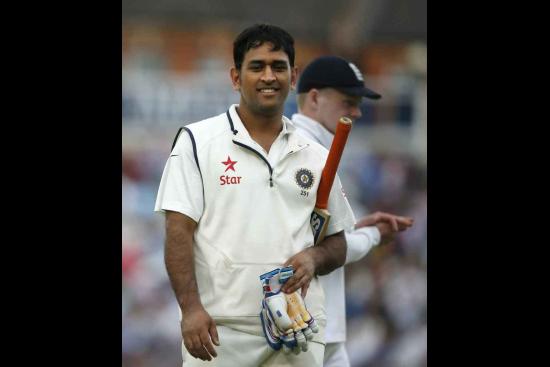 India cricket captain Mahendra Singh Dhoni is the sole Indian sportsman to figure on Forbes' list of the world's most valuable athlete brands, a list that has been topped by American basketball player LeBron James and includes golfer Tiger Woods and tennis stars Roger Federer and Rafael Nadal.

Dhoni is ranked fifth with a brand value of USD20 million in 2014, slightly down from USD21 million last year.

James tops the list with a brand value of USD37 million in 2014. The NBA's biggest marketing star pulled in a total of USD53 million from endorsers like Nike, McDonald's, Coca-Cola, Upper Deck.

The publication said for the first time since 2007, the top athlete brand is not Woods but James, who will be rejoining the Cleveland Cavaliers after fours season and two National Basketball Association (NBA) titles with the Miami Heat.

James pulled in USD53 million off the court during the past year and his brand is worth USD37 million, which is the amount his endorsement and non-basketball earnings exceeded the average top 10 off the court earners in the NBA.

Woods is ranked second and has a 2014 brand value of USD36 million.

Woods' earnings took a hit after Electronic Arts announced in 2013 that it would end its relationship with him and his eponymous video game after 14 versions.

On the third spot is Federer, whose brand value in 2014 is USD32 million.

The list is part of Forbes Fab 40, which consists of the 10 most valuable sports brands in businesses, events, teams and athletes and quantifies the earning power of each brand relative to its competitors.

The most valuable sports business brand is Nike, worth usd19 billion. Sporting event brands are based on revenue-per-event-day.

The top event brand is the Super Bowl, which last season generated an estimated USD518 million in revenue from broadcasting, tickets, the halftime show, concessions and licensing.

The Super Bowl has been the most valuable sporting event brand in each of the six Fab 40 rankings we have compiled since 2007, largely due the record television ratings and advertising rate the game generates, Forbes said.