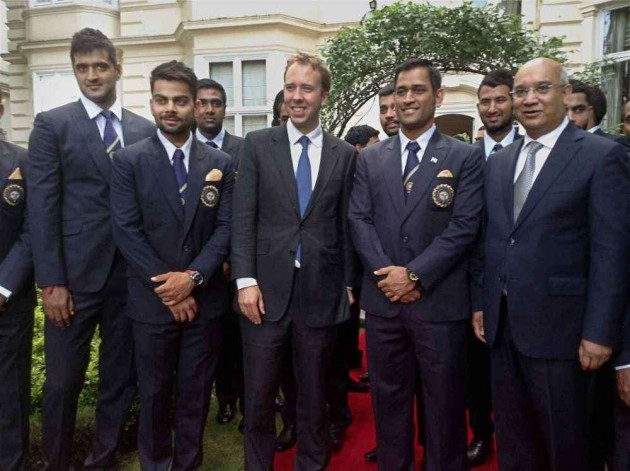 Mahendra Singh Dhoni today became the most successful Indian captain ever in the one-dayers after India's nine-wicket thrashing of England in the fourth ODI here.

Today's win at the Edgbaston was Dhoni's 91st ODI victory as skipper. He surpassed Mohammad Azharuddin's tally of 90 ODI victories as captain.

Azharuddin took nine years between 1990 and 1999 and 174 matches to get to his mark while Dhoni did it in only seven years and 162 matches.

Dhoni's record as captain against England in ODIs is better than any of his predecessors, with 17 wins and five losses out of 25 matches (two tied and one no result).

Dhoni's captaincy may have come under the scanner after the 1-3 Test debacle against the Alastair Cook-led side, but his batting form has been consistent.

The wicketkeeper-batsman slammed four half-centuries in the Test series and also struck a fine 52 at Cardiff in the second ODI.

A man not known to chase numbers, Dhoni also registered another record as wicketkeeper in the third ODI on August 30. He now has the most international stumpings (131) and is now ahead of Kumar Sangakkara of Sri Lanka, who has 129 stumpings to his name.

While Dhoni achieved his milestone in 381 matches, Sangakkara took 563 matches to get to his mark.