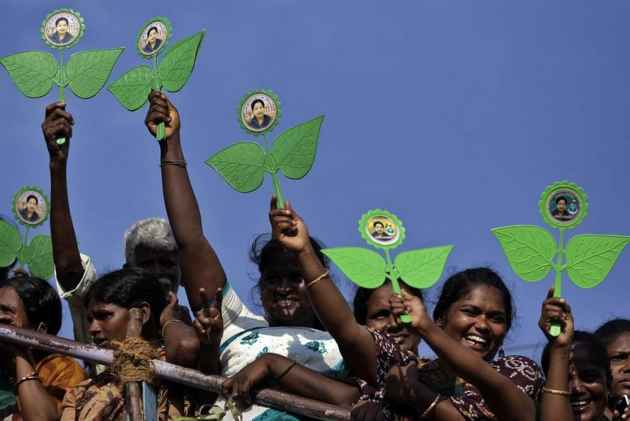 The police filed a charge sheet in the court to this effect and said it would file a supplementary charge sheet against Dhinakaran after completing the probe on him and three other accused.

In its 701-page final report, the police has claimed that money recovered from alleged middleman Sukesh Chandrashekar was sent by Dhinakaran through unaccounted channels with the help of other accused persons.

The charge sheet, filed only against Chandrashekar who was arrested on April 16 and is currently in judicial custody, said there was sufficient evidence on record to prosecute him. It named 36 witnesses to support the case.

Police told the court that a supplementary final report would be filed later against other accused -- Dhinakaran, his close aide T P Mallikarjuna, suspected hawala operators Nathu Singh and Lalit Kumar -- who are out on bail.

The charge sheet was filed by the Crime Branch of Delhi Police before link Special Judge Manoj Jain, who listed the matter before the concerned judge on July 17 and issued production warrant for Chandrashekar for that day.

Chandrashekar was chargesheeted for alleged offences under the IPC including forgery of valuable security, forgery for purpose of cheating, using forged document as genuine and possessing a forged document, intending to use it as genuine, personating a public servant and criminal conspiracy.

He was also charged with alleged offence of taking gratification by illegal means to influence public servant under the Prevention of Corruption Act. If convicted, the offences carry a maximum sentence of life imprisonment.

The police alleged in the charge sheet that from the statement of witnesses, analysis of call record of all the accused persons and witnesses, recovery of compact disc and its analysis, it was found that Chandrashekar and Dhinakaran were discussing the matter regarding 'two leaves' poll symbol pending before the Election Commission of India (ECI).

"These facts clearly show that a criminal conspiracy was hatched by Chandrashekar and Dhinakaran and other accused persons got associated to execute the plan to bribe officials of ECI in order to get a favourable order in the matter pending adjudication regarding the 'two leaves' symbol," the report claimed.

It said the forensic science laboratory results about the CD containing conversation of Chandrashekar and Dhinakaran and the contents of seized mobile phones, were awaited.

The report said that investigation about the alleged involvement of ECI officials, recovered cars and the source and route of illegal channels of financial transactions was still in progress.

The police said "investigation qua other accused persons including Dhinakaran, Mallikarjuna is pending" and a separate charge sheet in respect of these aspects will be filed later.

It said the accused persons are responsible for diminishing the efforts of government to curb the black money.

A case has been registered by the Enforcement Directorate in this matter, it said.

Chandrashekar was arrested for allegedly taking money from Dhinakaran to bribe ECI officials to get the AIADMK's 'two leaves' symbol for the Sasikala faction.

According to the police, they had seized a fake identity card of a Rajya Sabha Member of Parliament with security features from Chandrashekar. It also allegedly recovered cash worth Rs 1.3 crore from him at the time of the raid at a hotel in Chanakyapuri area of South Delhi.

Dhinakaran was arrested here on the night of April 25 after four days of questioning for allegedly attempting to bribe ECI officials for the symbol. Mallikarjuna was also arrested the same day.

His faction had hoped to obtain the symbol for the bypoll to the R K Nagar Assembly seat in Tamil Nadu which was later cancelled by ECI after the alleged irregularities surfaced.

The bypoll was necessitated by the death of Tamil Nadu Chief Minister J Jayalalithaa who represented the constituency.

The ECI had frozen the AIADMK's symbol after the two factions of the party -- one led by Dhinakaran's aunt Sasikala and the other by former chief minister O Panneerselvam -- staked a claim to it.

Mallikarjuna was arrested for allegedly facilitating a Rs 50 crore deal between Dhinakaran and Chandrashekar.

Dhinakaran has been accused of arranging the money from undisclosed sources and getting it transferred from Chennai to Delhi through illegal channels.