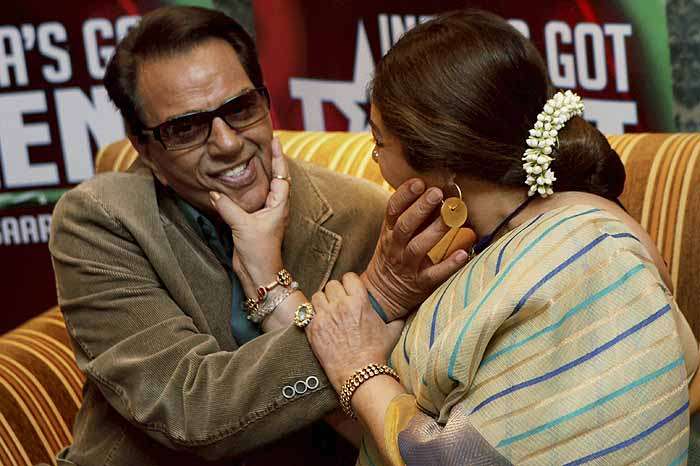 His actor son Sunny Deol, who is coming up with the sequel of 1990 hit film Ghayal, said his father is his "hero".

"My hero... My superstar... Wishing you happy birthday," he tweeted along with a picture with his father and brother Bobby.

Bachchan, who recently recreated the scene from Sholay for a TV show, made a collage of their photographs.

Touted as one of the most good looking actors of Bollywood, Dharmendra had once said he gets embarrassed when people compliment him.

Singer Shaan tweeted, "There have been many Handsome Heros... And then there is #Dharmendra! Happy Birthday Dharam Ji!!""

The Padma Bhushan awardee started off his career with romantic roles in films like Bandini, Dil Ne Phir Yaad Kiya and Phool Aur Paththar before making a mark as an action hero in Mera Gaon Mera Desh, Satyakam, Dharam Veer and Sholay.

Dharmendra's last release was Yamla Pagla Deewana 2, which starred his sons Bobby and Sunny. He will reunite with his actor sons in Ishq De Maare.